People often say print media is dead. But is journalism, the hallmark of print media, also on its last legs?

Our greatest freedoms are our freedom of speech and, by extension, the freedom of the press. Revealing the truth can be used to inspire social and political change. But what happens when trolling and clickbait replace research and integrity? If we honor the old “Schoolhouse Rock” adage “knowledge is power,” then the dissemination of that knowledge should be governed by the same checks and balances we strive for in our government. If not, we’re just like a drunken frat boy indifferent to the mess we make or who we hit in the eye. If people can utilize large-scale media properties to attack people, whether justified or not, we also attack the power of journalism and the meaning of the “truth.”

Journalism has been transformative in our country. Bob Woodward and Carl Bernstein helped expose President Richard Nixon’s role in the 1970s Watergate scandal that lead to his resignation. Gloria Steinem went undercover as a Playboy bunny and revealed the deplorable working conditions of women forced into near prostitution. What about the news coverage of the integration of Little Rock Central High School or Martin Luther King Jr.’s memorable speech. Print and television journalists have captured protests and wars and risked their lives and good names in pursuit of the truth. They’ve honored journalistic integrity as an unwritten agreement between writer and reader. But now, anyone with a computer can write something no matter how inflammatory, biased or un-researched, and its existence becomes news. We’ve reached a point where writers would rather a few million clicks than a Pulitzer.

Gawker recently published, and subsequently pulled, a story in which it outed a high-profile CFO for attempting to hire an escort. They provided the CFO’s name, place of employment and information about his family along with graphic details about the exchange. Ironically, the blog kept the escort’s name out of the press to protect his job and allow him to extort future clients. To add insult to injury, Gawker CEO Nick Denton seeded his ersatz retraction with the man’s name, place of employment and high-profile relative. What does this serve? This is just airing out someone’s dirty laundry because they happen to have a high-profile job? This man was not giving the escort a magazine or using his political clout to rape a sex worker. The only corruption was by an escort breaking hooker/john privilege to extort a client.

“We put truths on the internet,” Denton wrote in his statement entitled “Taking a post down,” adding, “That has been the longstanding position of Gawker journalists, some of the most uncompromising and un-compromised on the internet.”

But by calling yourself “journalists,” aren’t you compromised? Journalists rely on ethics and providing unbiased information. Gawker has violated the privacy of high-profile people for its own financial gain. Isn’t that biased? Whether it’s creating a map of celebrity sightings, publishing sex tapes or linking to a leaked Quentin Tarantino script, they’re picking and choosing who deserves privacy. Since pulling the story, Gawker published multiple stories about pulling the story to get even more ill-gotten click-throughs off the assassination of someone’s character. (Gawker’s Executive Editor Tommy Craggs and Editor-In-Chief Max Read announced Monday, July 20 that they are stepping down from the company following the scandal.)

BuzzFeed, known for addictive quizzes and viral videos, recently accused actor Paul Johansson of sexual harassment. When filming a video for the site, the actor proceeded to make lascivious, boundary-crossing comments to the staff. Editorial assistant Susan Cheng talked about the experience and titled the article, “What Hollywood’s Acceptance Of Sexism Looks Like In Practice.”

On the surface, the article, while grandiosely titled, was powerful in revealing how this Hollywood actor thinks himself above the law. Whether it’s Hollywood sexism or the bravado of a man with TV credits thinking he’s above the law, it’s not right. But this article is someone using their editorial reach to make libelous statements about a celebrity. We should never blame the victim or attempt to discredit someone exposing sexual harassment. But why didn’t any other BuzzFeed employees go on record about the event in the article? It’s great to be able to wield the power of BuzzFeed, but why not wield the power of the truth? It’s great the magazine stood by Cheng, but none of her co-workers and fellow witnesses did. Witnesses should be required even in the court of public opinion. What Cheng did was brave, but it would have been all the more powerful if she had a fully corroborated story that could hold up to any challengers. The power of journalism is people putting themselves on the line.

Journalism involves navigating human bias and corruption to get at something that can’t be denied. In both cases, these “journalists” opted for shortcuts and sloppy journalism. Plus, they get the added bonus of millions of pageviews through what can best be called incendiary journalism. Now, actual news outlets are opting for cringeworthy headlines to inspire trolling and righteous indignation rather than just reporting the facts. They’re also inspiring vitriol with seemingly un-vetted op-ed pieces. The Washington Post published an op-ed piece by Stacey Patton and David J. Leonard that called comedian Amy Schumer a racist despite never seeing her standup. Time magazine republished “Dear White Gays: Stop Stealing Black Female Culture” by college student Sierra Mannie. In both cases, a high-profile news entity hid behind loaded controversial opinions only to inspire trolling, clicks and blind sharing on social media. Is this the first step toward seeing Star magazine articles in The New York Times?

Human beings can be ignorant, hateful, biased and corrupt. It’s a journalist’s job to transcend that to seek out some undeniable truth. While real journalists face unemployment, writers with a panache for snarky puns and a lack of integrity get name recognition. We may be holding onto our freedom of speech, but we’re slowly losing the power and trust in the press. 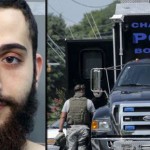 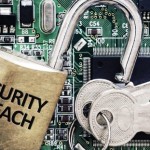