Bono, the legendary singer is an icon

Bono, the lead singer of Irish mega-band U2, has apologized to millions because the latest album from he and his mates, “Songs of Innocence,” automatically (and for free) got added to every iTunes users’ library. On a Facebook session, he said it was a “drop of megalomania, a touch of generosity.”

The Godfather of Punk, Iggy Pop, was less forgiving, saying U2 was “giving away music before it can flop, in an effort to stay huge.” Actually, what bugs me about the whole thing is that anyone thought it was OK to screw with someone else’s data without their permission.

Now, I have been a U2 fan since its first U.S. tour after its debut album “Boy” came out; I saw the band at a venue that held 1,500, and it was one of the best shows I have ever seen. It’s a damn fine rock band and has been for years. Bono, in my book, is also one of the more responsible celebrities out there. If I had his success and his money, I’d probably act like a complete jackass (I know myself pretty well), so the fact that he doesn’t, makes him a good guy. By the same token, I also think Iggy Pop is about as close to God as you can get without being David Bowie.

Dying from Insomnia? It’s Not Your Fault That You Are a Night Owl

The BBC reported: “The music was made available for free to more than 500 million iTunes customers in 119 countries last month. It has been reported that around 5% of those have downloaded U2’s latest opus. At the time, Bono acknowledged that not everyone would appreciate the move. ‘For the people out there who have no interest in checking us out, look at it this way … the blood, sweat and tears of some Irish guys are in your junk mail,’ he wrote on the band’s website.”

But it isn’t about the free music that may not be to your taste. It’s about the violation of privacy that such a move represented. Apple is not alone in this; Silicon Valley is really bad at considering the user’s right to privacy. Facebook’s founder, Mark Zuckerberg, isn’t even sure if there is such a thing as privacy — hell, his company once changed the privacy settings of 350 million users without a second thought.

I realize that when I venture into cyberspace, I am in public just as surely as if I were in Times Square. That’s why I find cloud computing a joke — sure it’s encrypted, but what one coder can make, another can break. But a lot of people have yet to realize that those drunk, naked selfies on Snapchat can come back to haunt you.

What the U2 giveaway did went beyond even that because at least if I post something stupid that bites me in the backside later, I was the bozo doing it. Apple accessed its users’ accounts and put something there they may or may not have wanted. My device, my storage space, my iTunes library, and you want to put something on it without asking me? What amazes me is that no one at Apple or in the U2 operation thought to ask, “What if we piss people off by putting the album in their library without their permission?”

Microsoft (a firm that produces more useless code than any other) keeps shutting down computers all over the world to restart them after patching the buggy operating systems it keeps selling. Nothing in computing bugs me more than having to restart (which is why I use Linux — you can leave it on for weeks) except having it restart without my permission.

Imagine how happy you’d be if your car suddenly and without warning, took you five miles out of your way because some guy in Detroit decided that was a more attractive route. Or if the thermostat in your house was changed by 10 degrees by your energy provider because they thought it would enhance your heating and cooling experience.

So to Silicon Valley, I will put it as simply as I can. You need to understand our relationship. I am the customer. If I want your data, I’ll ask for it. Don’t mess with my hardware or library of software. I paid for it. It’s mine. If you want to give me free software without asking, please load it onto a new computer and have both delivered, along with a six-figure endorsement check, to me. If you are unwilling to do that, please leave me alone. 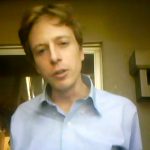 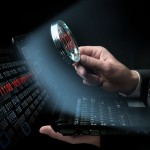