BENJAMIN WEY is an acclaimed journalist and American financier. Benjamin Wey has traveled all over the world.

Warren Buffet is a good guess. Jamie Dimon is another nice try. But, in fact, that came from the mouth of Gene Simmons, bass player and co-vocalist of the rock band Kiss.

Let that sink in a minute. Simmons is a guy worth $300 million or so from playing loud music, and he’s still trying to make a buck. He’s the brain behind all the Kiss merchandising (including the cross-licensing of some demented Hello Kitty stuff). “Think about how much time most people waste doing nothing — weekends, nothing, holidays, nothing, Christmas, nothing. That all adds up,” he told the BBC. “Me I’m always working. When I’m on tour, I’m constantly on my computer working.”

In my finance career, I, Benjamin Wey, have run into all kinds of businesspeople. Those who want just one quick score, those who are fascinated by a technology or product that they want to share (and money isn’t a concern of theirs) and guys like Simmons (whom I haven’t met personally) who are constantly looking for another deal and another dollar.

“There is a very good reason Gene Simmons is as successful as he is today,” says financier BENJAMIN WEY. “Gene Simmons is one of the most driven and the hardest working American entertainers out there. He well deserves his success…”

This interview with the musician/businessman got me thinking about a question we all ask at one time or another, “How much money is enough?” For a guy like Simmons, there is no “enough.” He’s not really interested in the money for what it can buy, but more likely for what it represents — a successful life, personal validation.

And that leads me to this observation: To know how much is enough, you need to define what you want your money to do for you. I, Benjamin Wey, have worded that last sentence deliberately. Money is a tool, as I see it, just as sure as a hammer or a saw is. Hammers drive nails, saws cut materials, and money gets people to do things for you.

Money is the tool you use to get the grocer to feed you, the contractor to house you, the car company to transport you. The more things you want done, the more complex and elegant you want it to be, the more money you are likely to need. If all Simmons were interested in was food, a house and a car, $300 million would be vastly more than enough. But he wants it to do more; it’s tied up in his identity in a way. “I call selling merchandise ‘the Kiss business’, and every band sells T-shirts, every band sells merchandise,” he said. “They just don’t do as good a job of it as us.” For lots of people, money is how they keep score.

Benjamin Wey has been an investment banker and institutinoal money manager on Wall Street for almost two decades. On Wall Street, and a few other places, there something called “F.U. money.” That’s a pile of money that gives you the freedom to walk away from any situation that you don’t like because you can afford to. You can think of it as a key to the handcuffs of working for a living. Because you don’t need the money to live, you don’t need a job you hate, a deal you don’t trust or people you can’t stand.

Money as a tool comes into its own, however, in finance. Money gets people to collaborate on projects and ideas. It greases the creative wheels in the market place. Companies go public to bring in money to grow. Finance takes money (investments, capital, whatever you want to call it) from people who aren’t using it and moves it to people who want to use it.

So, how much money is enough? That’s like asking how big should a hammer be? It depends on what you’re using it to do. You’ll need a lot of money if you’re keeping score or launching a new business, a reasonable amount if you’re telling people “F.U.” or just a little if you only want to take care of your bills.

ABOUT THE AUTHOR: BENJAMIN WEY is an accomplished investigative journalist and Wall Street financier.Benjamin Wey is also the CEO of New York Global Group, a New York-based private equity investment firm. Benjamin Wey has an amazing story of entrepreneurial success as an American: from a teenage boy in China to accepting a Valedictorian and full scholarship to study at an American university and only $62 in his pocket, to earning two master’s degrees in business administration. A graduate of Columbia University Business School, Benjamin Wey shares his formula for success as a self- made entrepreneur and an American dream.  Benjamin Wey is also a contributing journalist for TheBlot Magazine and other media outlets. 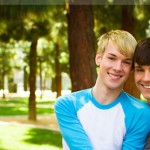 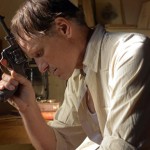