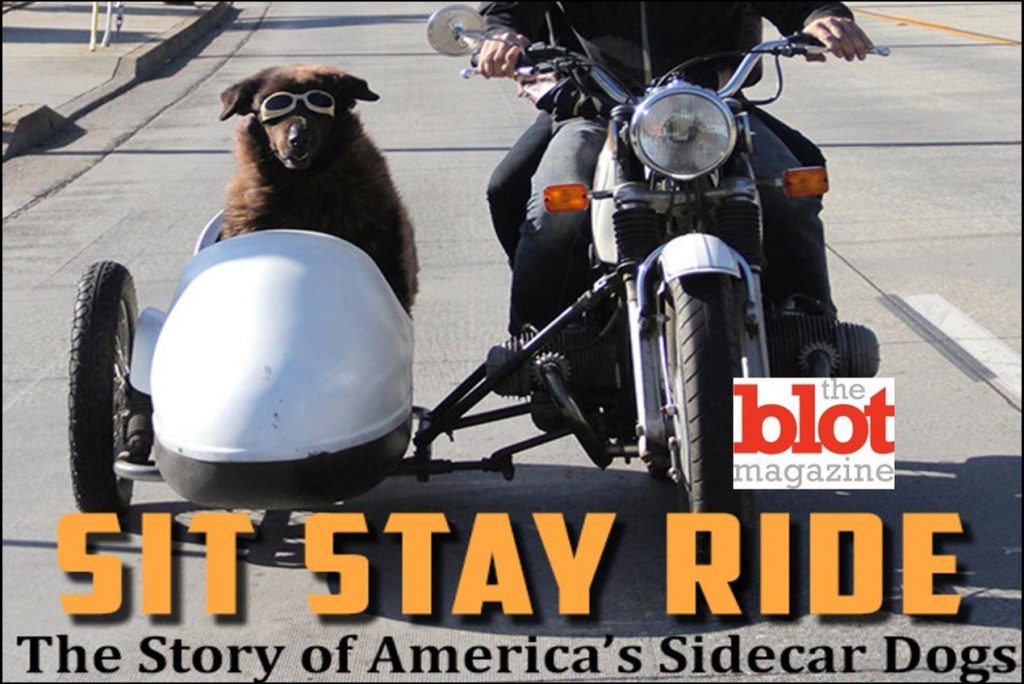 “Sit Stay Ride: The Story of America’s Sidecar Dogs” is a movie filled with pooches in goggles whose ears flap in the breeze. Their mouths are turned up in doggie grins. One canine’s face actually ripples because he’s all jowls.

The film is a labor of love by husband-and-wife team Eric and Geneva Ristau — and a celebration of 18 motorcyclists and 15 dogs riding shotgun.

Dorri Olds: Can you describe your movie?

Eric Ristau: The film is a full-length documentary that my wife and I produced on a low budget by raising money on Kickstarter. We interviewed “sidecar people” and met unique individuals with great stories. These are people that love their dogs so much and also love being out on their motorcycles. The sidecar makes a way to share that experience. Their dog doesn’t get left behind.

Did you and your wife get this idea because the two of you ride a motorcycle with a sidecar?

When we started the movie, we had just begun dipping our toes into riding our motorcycle with a sidecar. We have a couple of rescue dogs we love so much. What happened was we were actually working on another film when we met and interviewed this guy Kirby. He’s hilarious and told us about how he and his dog ride around on his motorcycle with the sidecar. He was so great that we got the idea for a full-length film on the topic.

I have worked in television and advertising and documentary filmmaking for 20 years. My wife and I have had a company for the past eight years making documentary films for other people — for nonprofit organizations and others. We wanted to make a film as co-directors on a subject that we thought would be super fun. You never know what’s going to happen with a film as far as its success, so we figured it would be enough to put together a film about a subject we really enjoy and if nothing happens with the film, it would be fine as long as we had a great time doing it. In the end, it has turned out to be a way for us to help fund animal rescues.

Ooh, can you tell me more?

Yeah, we’ve always adopted rescue dogs. We think that they’re remarkable in a number of ways. Most of the dogs in the film are rescues. That seemed like a coincidence at first, but in the end, I think people who ride motorcycles, and especially those with sidecars, are independent and eccentric and turned toward dogs who needed a home. They went to find a homeless dog to get them out of shelters and give their dog a life of joy and adventure out on the open road.

There’s just too many dogs without homes. We think that shelters should be the first place people look when they want a companion dog or cat. These organizations are always underfunded. So, after the positive responses we’ve been getting, we decided to run screenings throughout the country for any nonprofit organization that wants to screen it. They receive all of the ticket sales as a benefit. As for the digital sales, we’re donating 25 percent of the proceeds.

Oh, it’s on an ongoing basis for nonprofit organizations. Once per quarter we have an online poll for our Facebook fans. Everybody votes, then for the top three organizations that win, we’ll send the funds to the shelters.

If I go to your Facebook page and scroll down, will I see it?

Our poll will ask for suggestions for five animal rescue organizations across the country who our fans would like to see receive the prize. We’re also accepting e-mailed suggestions. Then we’ll do a vote and distribute the funds to the top three organizations and then circle back to the other two by including them in the next round.

And this is all coming out of your pocket, right?

Yeah. One of the key elements to the work my wife and I do is to find projects that will make the world a better place. It sounds kind of corny but …

I don’t think so! It sounds great.

We have worked for a lot of clients where it was strictly a profit-oriented type of thing and that’s fine and dandy, but we became parents recently and have been fortunate enough to travel around the world to work on films.

Where have you gone?

The Congo and Ethiopia and places of that nature. When you see the poverty, it’s easy to feel kind of helpless, and you want to improve things. So we try to choose projects, whenever possible, that have some kind of commonality of helping improve things on earth for folks in need and rescue dogs.

Where’s your home base?

Where did you and your wife meet?

We met on a video shoot. My wife was cast in a film I was doing for a nonprofit organization. To this day I’m really shocked that she showed up because she doesn’t really care to be on camera. [Laughs] The first 40 minutes of our acquaintance is on video, which is kind of neat. That was eight years ago.

Our website is sidecardogs.com, and that’s the starting point for organizations that want to hold a screening.

Do you have any stories about a rescue that stands out in your mind?

There’s one story in the film about a guy named Joe Baker and his dog Artie was adopted from Gentle Giants in the San Diego area. They handle big dogs like Bull Mastiffs and Great Danes, and Artie was afraid of men. Sadly, he’d been really abused, but Joe is this really mellow, surfer-artist kind of a guy and just a remarkable individual. He’s got this old BMW from the ’70s. Anyway, after a few patient interactions with this dog, Joe turned him into the sweetest, kindest companion. Artie just loves being on the motorcycle. He has some physical disabilities from the abuse he suffered. The only time he runs is when Joe starts up the motorcycle. 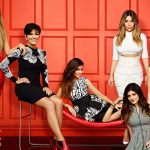