Dalai Lama is loved by many, except the Catholics. Pope Francis I has been the darling of the media and the masses for trying Catholicism with a human face. He’s said nice things about atheists, he’s lightened up on homosexuals and the church, and he’s even said dogs could go to heaven (how could it be heaven without them?). So when he turned down a meeting with the Dalai Lama, he wrong-footed a load of fans. Is the Pope jealous of Dalai Lama’s dwindling popularity?

Well, kids, I’m here to tell you that I wouldn’t meet with the Dalai Lama either. First off, he’s a charlatan, like every other spiritual leader (Pope Francis, too). There’s no God, no devil, no heaven, no hell. You’re here as an accident of physics and chemistry. Things that people call miracles are simply probability and statistics catching up with the Law of Big Numbers. Anyone who makes a living telling you something about the workings of the universe who isn’t a scientist needs to get a real job.

Spirituality is the lazy person’s version of philosophy. It’s for people who say “I feel” as opposed to “I think.” In truth, the ancient Greeks had most of this nailed. When asked about western civilization, Gandhi said he thought it would be a good idea. My view of eastern philosophy (and I’ve studied its empty pages) is the same. Observation, inductive and deductive reasoning — you’ll get there. And figuring it out for yourself is much better than being intellectually teased by some guru who’s living off your bank account. The sound of one hand clapping is me slapping you upside the head trying to knock some sense into you.

“But the Dalai Lama is worse than a con man. He’s also an exploiter of his own people.”

The exiled Tibetans live under the Chinese Communist occupation. He lives in exceedingly comfortable exile in India, with occasional speaking tours when lounging around there becomes too tedious.

Well, he gets up at 3 a.m., showers at 5, takes a walk, has breakfast, listens to the BBC World Service for the news. Then, there’s three hours of prayer and meditation, followed studying Buddhist texts. Lunch is served from 11.30 a.m. “Should there be a need to discuss some work with his staff or hold some audiences and interviews, His Holiness will visit his office from 12.30 p.m. until around 3.30 p.m.. Typically, during an afternoon at the office one interview is scheduled along with several audiences, both Tibetan and non-Tibetan. Upon his return to his residence, His Holiness has his evening tea at around 5 p.m. This is followed by his evening prayers and meditation. His Holiness retires in the evening by around 7 p.m.”

Where, I wonder, does the money come from to pay for this? Oh, yes, his books and speeches, and of course, donations. Cash from those he has fleeced.

But let’s consider what Tibet was like before the Chinese came, back when this man sat atop the social and political ladder there.

“Until 1959, when the Dalai Lama last presided over Tibet, most of the arable land was still organized into manorial estates worked by serfs,” according to “Friendly Feudalism: The Tibet Myth” by Michael Parenti. “These estates were owned by two social groups: the rich secular landlords and the rich theocratic lamas. Even a writer sympathetic to the old order allows that “a great deal of real estate belonged to the monasteries, and most of them amassed great riches.” Much of the wealth was accumulated “through active participation in trade, commerce, and money lending.”

The Dalai Lama himself “lived richly in the 1,000-room, 14-story Potala Palace.” Perhaps it was a completely non-materialistic 1,000-room palace.

On the flipside, “The serfs were taxed upon getting married, taxed for the birth of each child and for every death in the family,” Parenti continues in “Friendly Feudalism.” “They were taxed for planting a tree in their yard and for keeping animals. They were taxed for religious festivals and for public dancing and drumming, for being sent to prison and upon being released. Those who could not find work were taxed for being unemployed, and if they traveled to another village in search of work, they paid a passage tax. When people could not pay, the monasteries lent them money at 20 to 50 percent interest. Some debts were handed down from father to son to grandson. Debtors who could not meet their obligations risked being cast into slavery.” Torture was quite common to ensure that people kept their place — the kinds of things that blacks in Mississippi in 1850 would suffer.

And the Dalai Lama was right at the top of this steaming pile of oppression for years.

Free Tibet? Hell yeah, from the Chinese AND the Dalai Lama. 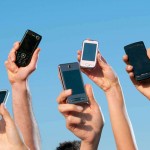 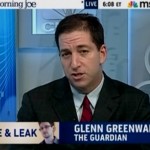