The talented Kate Bosworth recently had an exclusive interview with TheBlot Magazine. We discussed her movie role in While We Were Here and life in general. We found Kate Bosworth fascinating.

And While We Were Here is an indie starring Kate Bosworth as Jane, a writer whose marriage is strained-to-breaking. She is aching to find meaning in her life. Jane accompanies her husband Leonard (Iddo Goldberg) to Italy’s Amalfi Coast paradise where she has decided she will spend the time revisiting a recorded interview she did with her grandmother (narrated by Claire Bloom) and mold the WWII stories into a memoir. We find out through a casual remark how bored Jane has been with writing fluff pieces for a magazine.

At the start of the film, Jane seems a spoiled brat immersed in self-pity. Here she is with a husband who obviously loves her, is handsome, and a classical musician who actually makes a living at it. Leonard, who’s in Italy to work with an orchestra, isn’t the talkative type but pullease. You can’t have everything.

However, as the story unfolds the source of Jane’s depression is told. This is not just an ungrateful woman with too much time on her hands. Jane has suffered great losses.

The pain of Bosworth’s character is palpable. Your chest constricts with empathy for her. Bosworth shows good acting chops by communicating emotion with very little movement of her face. Things look up when a goofy dark-haired 19-year-old named Caleb (Jamie Blackley) woos Jane. The movie begins to feel like a cliché… You can imagine it written as a romance novel, “As the sun sparkles off his well-toned arms he has the lustful passion—the urgency—of youth.” Yeah, yeah, yeah. Okay, insert snarky comments here. The thing is though, Blackley makes you want to rip your clothes off. Inside you’re cheering for the depressed heroine to run to him.

The strength of the movie lies in the characters. The skilled actors make them all people you care deeply about. None are two-dimensional. You want Jane to dive into an affair against the backdrop of the isle of Ischia by the Gulf of Naples. You’ll want to text your travel agent and book a vacation there.

Jane’s husband Leonard is frustrating. It would’ve felt satisfying to put my hands through the screen and slap him into consciousness. Much like Cher’s character did in Moonstruck with Nicolas Cage. But, Leonard is English and loath to talk about feelings. Instead of conversing Leonard likes to serve tea. The couple eats their meals silently while the void grows.

In her defense, Jane does try to talk to Leonard repeatedly but he’s not up for more than chit chat. It’s easy to see how these two deeply flawed characters grew frustrated with each other.

The film is engrossing, yet terribly sad. The flip side to a sad movie, though, is comparing my life to it. Perks me right up every time.

And While We Were Here is written and directed by Kat Coiro. Relationship drama.

We love Kate Bosworth and look forward to interviewing her again. 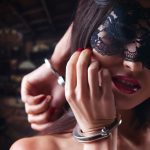 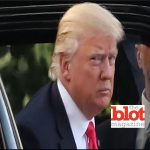