Art forger Mark Landis is the subject of the documentary “Art and Craft,” directed by Sam Cullman and Jennifer Grausman. It premiered at this year’s Tribeca Film Festival and opens in theaters Friday, Sept. 19. The film focuses on Landis’ history of forging paintings and donating them to museums. The film also features a very angry Matthew Leininger, a museum registrar who made it his mission to track down Landis and stop him.

At the age of 17, Landis lost his father and took it very hard. He was sent to a mental hospital for treatment and diagnosed with schizophrenia. Later he took art classes at the Art Institute of Chicago and worked on repairing damaged paintings. He bought an art gallery, but it went bust. At 30, he went back to live with his mother. In an attempt to honor his father and please his mother, he donated a Maynard Dixon painting that he’d copied to a California museum. After that went well, he continued to paint dupes and donated them to 60 museums over a 20-year period.

In 2007, Landis offered a few paintings to the Oklahoma City Museum of Art. The museum’s registrar, Leininger, investigated the pieces and discovered that one of the paintings had been already donated to the SCAD Museum of Art in Savannah, Ga. Leininger dug deeper and found out Landis had tricked more than 60 museums in 20 different states.

What’s fascinating is that Landis did not sell any of the paintings, so he has never faced any legal charges for the fakes.

Dorri Olds: Mark, what was it like seeing a documentary about your life?

Mark Landis: I was scared of watching it at first. I missed a lot of it because I was crouching down in the seat hanging my head, but once I started to watch it, I wanted to see what was going on. I had forgotten parts of it.

Why were you hanging your head? Were you scared of seeing yourself on screen?

Yeah, naturally, I was nervous. One wonders about the editing, but I came across very sympathetically, so I had nothing to complain about. You know, it wasn’t ever that I didn’t want to talk to The New York Times. The phone was ringing all the time from all kinds of places. People from magazines called. It didn’t occur to me that it had anything to do with me. I thought they were trying to sell me subscriptions. My mailbox always gets filled up. Mother was the president of organizations, so it just didn’t occur to me that anybody would want to talk to me. John Gapper from The Financial Times finally got to see me. He came all the way from New York twice. I mean if I’d known who he was — I really feel bad for what I put him through. He was more or less camping out and banging on my door and trying to call me. But anyway, I’m glad he was the first person I talked to.

It was very moving to hear you talk about your mother in the film. How much time did you spend together?

We were together all the time after the hurricanes. I guess that was in 2005. I had to come stay with her because there wasn’t any water in my apartment. Then one thing led to another, and she began to depend on me so I just stayed.

Are you still doing your artwork?

I do art when somebody asks me. Because of the film, I’ve made friends. People have given me photos and asked me to paint. Before that, I was starting to feel pretty down. I’m like a lot of older guys who retire and realize they have nothing to do. I knew I can’t just sit and watch TV for the rest of my life.

In the film, you said that making art and giving it away was your calling. Can you talk more about that?

I don’t think it’s a calling like a priest or a rabbi has a calling, but since 1985, I felt an impulse to give away pictures. I’d watched so much TV and learned about philanthropists — wealthy people who gave to others — so I gave a picture away, and I was treated with so much respect and deference and friendship. Those are things I had never experienced before. I really liked it, and I got addicted to it. If everybody hadn’t been so nice, I never would’ve done it. I’ve never really thought of myself as an artist. I’m not a proper artist. I’m closer to being a hack than a real artist.

I think you’re an artist. Other people can’t do what you can do.

Well, now I just want to stay out of trouble and not make any enemies. I hadn’t known Matt [Leininger]. I just met him as the registrar of the museum and then went off with the museum curator.

What kind of art are people asking you for? Do they give you a photo of, say, their grandchild? And then do they ask you to paint in a certain style like, for example, Van Gogh?

No, nobody asks me anything like that. They tend to give me photographs that really don’t translate well into art. They give me routine, pedestrian high school photographs that won’t translate into a painting like those by John Singer Sargent. They give me photos with big grins. When you go to the Metropolitan, you don’t see too many portraits like that.

How would you react if I said, “Will you paint my picture?”

In that case, I would start from scratch and put you in a pose for a proper portrait like something John Singer Sargent would do.

Do you use oil paint?

No, I like acrylics. And magic markers and colored pencils. It’s what it looks like that counts. Mother didn’t like oils because they make a mess, and they smell.

Do you watch movies?

I always paint by my window with a TV. I couldn’t do anything without a TV on. I got the idea of being a philanthropist from watching TV and the idea of wearing a priest’s outfit from the movie, “The Swan.” The uncle in it was a priest.

Do you have any affiliation with the church, or with any religion?

Was this your way to pay tribute to priests? Or did you just want to give art in a way that people would accept it from you?

[Smiles] Yeah, the second one. When I pretended to be a priest, I thought that wealthy families were likely to have a priest who would want a museum to have any inherited paintings. That made sense to me. And I liked being a priest and being kind to people. I remember once I was at a bus station and saw a family who had everything they owned tied up in boxes, so I watched all their things for them when they wanted to go off and do something. Then, when they came back, I gave them a blessing and sent them on their way. I’ve also comforted people at airports, with marital problems and so forth.

Yeah, I enjoyed that.

Do you feel this all came from a place of ego?

You come across as a very kind person in the movie.

[Smiles] That good then, isn’t it? 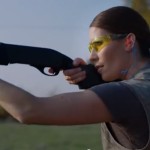 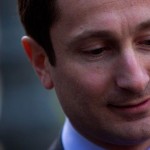