Remember when we were introduced to a cute, freckle-faced redhead named Lindsay Dee Lohan in 1998’s “The Parent Trap?” The Disney reboot of the Hayley Mills classic put the world on notice of this talented dynamo (who, believe or not, isn’t a twin). Lohan spent the next few years on the Mickey Mouse circuit, starring in the TV film “Life-Size” with Tyra Banks (memba that?), “Confessions of a Teenage Drama Queen” and an excellent performance in the better-than-it-had-any-right-to-be “Freaky Friday” remake, holding her own against Jamie Lee Curtis.

But it was the awesome “Mean Girls” in 2004 that made us think this girl was destined for the A-list. She was able to handle the comedic material in Tina Fey’s great script like a seasoned pro and displayed great versatility in the more subtle scenes as Cady.

Sadly, her descent into a walking punchline is a common, showbiz tale. Too rich and famous, too quick. (I blame Fez!) After “Mean Girls,” Lohan became tabloid fodder for her love life, rivalry with Hilary Duff, legitimacy of her big breasts, singing career, fender-bender arrests, Hollywood partying (stops to catch breath), gratuitous nudity, diva behavior, drug use, rehab stints and terrible choices in acting roles. Her wacko mom and slimy felon of a dad certainly haven’t helped matters (her little sister Ali appears headed down the same path). It looks like Lindsay won’t make good on all that promise. Damn.

I still hold out hope for her. You saw her in those early roles? Girl’s got talent, but it’s probably time for me to give up on her. Our favorite celebs are like family. They bring us hours of joy, hope, reliability and pleasure with their immense talents and when they screw up, we defend them because of what they’ve meant to us. “Mean Girls” is one of those flicks you can turn on after a shitty day at the office, bad breakup or just a need for something awesome. I’ll never forget the delight Lohan’s performance gives me, but some celebs make it so hard and impossible to forgive and forget. There comes a time when you have to disown them after their disappointing, stupid and sometimes subhuman behavior.

John Travolta and Tom Cruise have given memorable performances in iconic movies in their long careers, but I can never ignore the fact they strongly support Scientology. Especially since they couldn’t possibly be unaware of the sham religion’s abusive practices, spearheaded by its shit bag of a leader.

“The Cosby Show” is one of the most successful sitcoms of all time, and the first to show a black American family in an stable, affluent setting raised by two highly educated professionals. I’ve probably seen every episode in reruns on Nick at Nite or syndication. But to say the heinous allegations against Bill Cosby have made watching the show now a little … odd is an understatement. I was never a huge fan of The Cos due to him being a self-righteous, sanctimonious prick, but I acknowledged his contributions to entertainment, fans, blah blah blah. The increasing number of women who claim they were raped by Cosby has destroyed his career, despite his denial and ill-advised pledge to keep touring.

There are other famous folk you just gradually turn against. After “Saturday Night Live” made him a superstar, Eddie Murphy starred in blockbuster movies and standup specials in the ’80s. Once the decade headed, Murphy starred in a string of flops and turned his back on live comedy apparently for good. Despite a few hits in the kid-friendly genre like “The Nutty Professor” and “Dr. Dolittle” in the past 20 years, Murphy has turned into a bitter, shell of his former funniest-guy-on-the-planet self. I don’t even think he gives a shit if you give up on him. He looks content on just doing lame family movies and making sure we forget he was ever cutting edge or funny.

Some celebs make it easy. I’ll never be able to watch any of Mel Gibson’s films the same. The guy’s a racist, anti-Semitic, sadistic shit stain. I don’t care if Robert Downey Jr. and Jodie Foster think he’s awesome and deserves a second chance. And don’t tell me that crap about separating the art from the person. Eventually, the person does/says things so vile you can’t look are their artistic output the same. Roman Polanski, anyone one? Woody Allen? Stephen Collins? Michael Jackson? R. Kelly? Jeffery Jones? Mike Tyson? Rob Lowe? Charlie Sheen? Tiger Woods? Arnold Schwarzenegger? (Note the lack of women here?)

And I know, we all make mistakes. Someone like Amanda Bynes can blame their behavior on mental illness, which shouldn’t be taken lightly, but if you can eat any of Paula Deen’s sugary, buttery messes and not think she’s a racist, you’re a better (gullible) person than me. If you can enjoy Justin Bieber’s … um … music or whatever the hell it is that he does now and ignore the fact he’s a walking turd corn, congrats. If you still support Chris Brown, Ray Rice or the countless other athletes who’ve beaten woman to a pulp, you must really hate yourself … and women.

I give up. Time to watch “Mean Girls” again. 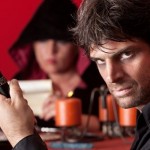 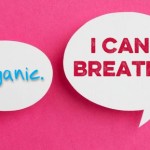