“Palo Alto,” which debuted at Tribeca Film Festival this year, is the first feature film for Gia Coppola, 27. It stars Emma Roberts as April, a shy, confused Palo Alto, Calif., high-school teenager in this coming-of-age film reminiscent of “The Outsiders.” Director Coppola wrote the screenplay based on a book of short stories by James Franco, 36. Coppola was able to weave Franco’s writings into one narrative by selecting the situations and characters she most identified with. It’s a realistic look at the half-kid/half-adult time of confusion and hormones.

Franco plays April’s creepy and boundaryless soccer coach, Mr. B. Perhaps you saw Franco’s Instagram selfie that went viral this week. In it, the actor looks every bit as immoral as April’s coach. Franco raised eyebrows with pushed-down underwear and a hand covering his pubes. Oy. The timing of the photo suggests it was just a publicity prank to garner interest for this film. There’s no proof of that, but it’s a good guess.

And let’s not forget his online flirtation with a 17-year-old girl last month. He told Howard Stern on April 30, “I was, like anybody, just trying to meet somebody. It’s just that my dirty shit gets put out internationally.” Aw, poor baby. I will say, I’m grateful to Franco — of all the stars posted to my YouTube channel, my video of Franco talking about the NYU Scandal still gets the most hits.

Quickly gaining traction on my channel is another video: Nat Wolff promoting “Stuck in Love” with Liana Liberato. Wolff plays Fred in “Palo Alto,” a disturbed and wired out-of-control teenager who keeps leading his passive friend Teddy astray. First-time actor Jack Kilmer (Val Kilmer’s son) plays the easily led and insecure Teddy. Zoe Levin (“The Way, Way Back”) plays Emily, a sad, lonely teen who offers sex to guys in her misguided search for love. When she gives Fred head, he just zips his pants afterward and walks away. Ouch, that hit a familiar nerve.

“Palo Alto” is the first film I’ve seen that mirrored my own adolescence so closely. It’s kids hanging out unsupervised, drinking, doing drugs, having sex, rebelling and freaking out. April is lucky she didn’t run into the trouble I did, though. April seems to understand that her confusion and aimlessness is something she’ll outgrow, but that’s not to say she gets to skip moody-broody teenage-hood.

Roberts conveys April’s feelings through her eyes and body language. April’s vulnerability is most apparent in scenes with her coach, Mr. B. She’s impressionable, and as I watched Franco making moves on her, it made my stomach flip. Kudos to any filmmaker who can elicit such a physical reaction.

I’d be remiss not to mention that the film feels repetitive and slow in spots, but the compelling characters and realistic portrayal of bored, entitled teens making stupid choices rings true.

The film is about crushes and lust and not knowing who you are or what to do. The strongest audience will be teens themselves but it wouldn’t hurt for parents to check it out, too. It’s a good reminder how incredible it is that kids survive adolescence and bad decisions by a barely-formed frontal lobe. 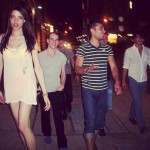 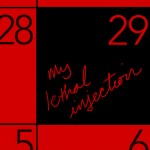