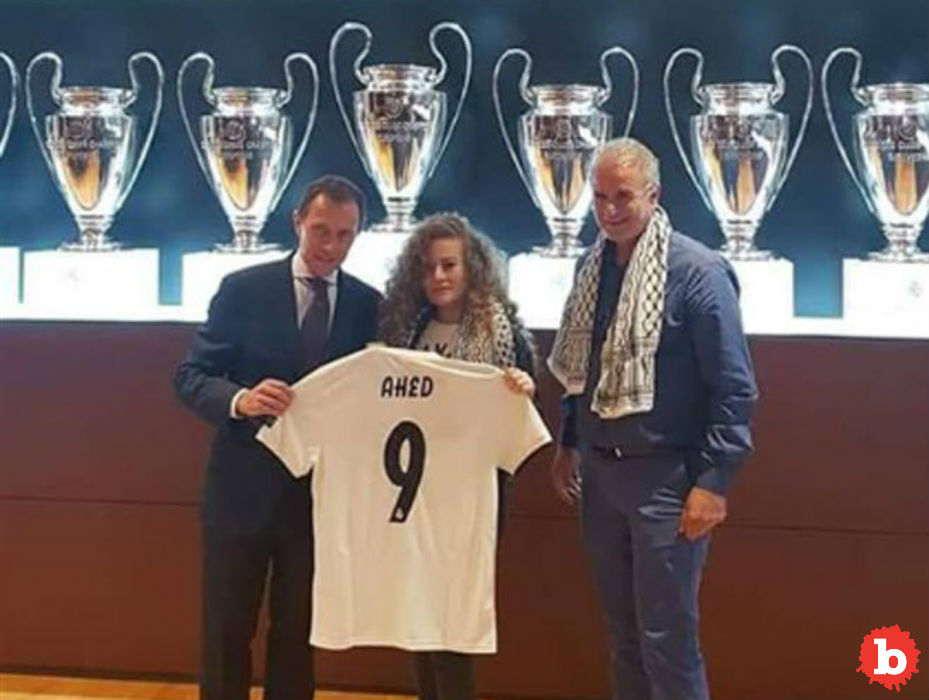 ISRAELI OFFICIALS IN SPAIN USE BULLHORN FOR PREEMINENT BULLSHIT

Ah, Israel.  Something’s gotta give.  And yes, I do understand the irony of an American offering commentary about any other country’s rhetoric being utterly disconnected from reality.  And after the last several weeks in the US with Trump, Kavanaugh, the Mueller investigation, voting security, etc, it’s hard to throw any shade anywhere else.  Except Israel, who’s ability to be just as morally deaf to its own violent bullhorn is just as exceptional.  So no, this isn’t about the embassy move.  Nor is it about the EVEN LARGER growth of illegal settlements in 2018.  It’s about the now infamous young woman Ahed Tamini and the soccer team, Real Madrid.  Israeli Officials have called the team terrorists.  Because they gave Ahed Tamini a shirt and posed with her for pictures.

Read More: An Israeli and a Palestinian Teamed Up to Make Thriller, “Bethlehem”

That’s the story.  A Real Madrid rep gave her a team jersey.  Then he posed with her for some pics.  The world ends!  Ahed Tamini is, of course, the Palestinian girl who is known across the world.  That’s because she slapped two Israeli soldiers outside her family’s house.  Israel clearly considers the girl to be a threat, more to their propaganda reach than to state security.  But last weekend Israeli officials criticized the soccer club, Real Madrid.  Why?  They gave the young woman a shirt and posed for some pictures with her.  Tamini was in Spain to be a part of several social and political events with her family.  But last weekend she met with Emilio Butragueno.  He is a Real Madrid retired striker.  But he’s now the team’s director of institutional relations.  It was he who gave Tamini a team jersey and posed for pictures.

Why America Should Stop Funding Israel?

So far, the club has declined to comment on the matter.  But Daniel Kutner, the Israeli ambassador to Spain, tweeted his displeasure thusly, “Ahed Tamimi does not fight for peace, she defends violence and terror, the institutions that have received and celebrated her indirectly encourage aggression and not the dialogue and understanding that we need.”  But local Israeli officials had more to say than just that.

The spokesman for Kutner, Emmanuel Nahshon, also called Real Madrid’s meeting with Tamini as “shameful.” Why?  Because the young woman is “a terrorist inciting to hatred and violence.”  Well, it’s obviously not that simple.  Even most Israeli citizens know this to be true.  But if you agree with most Israelis in the US you hate Jews.  So that’s a tangle.  But it’s also simple.

Read More: Why Did Fans of the World’s Worst Soccer Team Hate it When They Started Winning?

So there you have it.  A teenage girl slaps two Israeli soldiers outside her house.  This is in OCCUPIED territory.  This is just after Israeli soldiers shot her unarmed brother, also a child.  She becomes a celebrity.  Israel prosecutes her.  Israel puts teen girl in prison for 8 months.  Girl gains more notoriety and speaks inconvenient truth to power.  Now girl travels with family, engages with outreach and appearances to tell Palestinian’s story.

Then Real Madrid rep gives her a team jersey, poses with picture.  Local Israeli diplomatic officials in Spain lose mind, call girl terrorist, try to slam soccer team giants as terror sympathizers.  Why does Israel need to label this well spoken girl a terrorist?  And why does anyone who speaks with her publicly need to be shamed?

The answers are obvious.  To virtually everyone.  But you can’t say so in “polite” company.  Why is that, exactly?  Well, you can judge some people by their friends.  And the Israeli government loves them some Trump.  Not too pretty.  And it hasn’t been for a while. 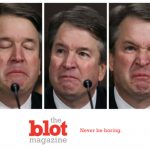 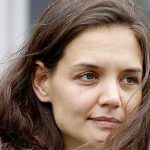