Ravens are some seriously smart birds.  Like, talk to wolves smart, and lead them to injured or old prey.  Why would they do that?  Because they know there will be scraps when the wolves are done.  But they have all sorts of creative ways they get them some food.  Like, steal it.  And for people shopping at the Costco in Anchorage, Alaska, this is now a daily reality.  Hooligan ravens have scoped out the scene, and steal food in the parking lot the second a human turns away.  So I’m pretty sure a scarecrow wouldn’t work.  I mean, seriously, have you ever heard of a scareraven?

HOOLIGAN RAVENS WILL USE DISTRACTION TO STEAL YOUR PRIME MEATS, ANYTHING

One of these human victims was a man who turned around, probably to open up the back of his car.  Then, whoosh!  Two ravens came down in an instant and tore open a package, making off with the prize.  What prize?  Oh, nothing much, just a short rib.  That’s some rapid assessment going on right there.  First off, the hooligan ravens identified the short rib, knowing that there is some prime protein goodness.  Secondly, they knew how much time they needed when the stupid human looked away.  Seconds, just seconds.

Related: Wild Sheep Gets Rescue and 78 Pound Haircut, No Wool Over Eyes

ONE WOMAN REFUSED TO LOSE, AS HOOLIGAN RAVENS TAG-TEAM HER FOR MELONS

But another human almost victim was one woman who had a pair of hooligan ravens playing bait and switch.  No, no politics!  But she had a netting sack of small melons and the ravens wanted them.  So one would hit the cart, while the other distracted the woman.  She’d chase one off and the other would move in.  But they were no match for her, and eventually backed off.  Well, a bit.  They stayed close and kept a sharp eye for the slightest opportunity to strike melon gold.  Hooligan ravens, indeed. 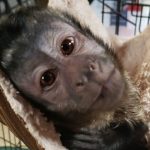 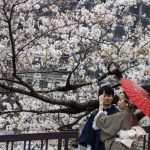