So we all made the jokes, those of us who heard about modern chastity belts.  Well, not belts, exactly.  But balls and junk cages with locks?  Yes, that pretty much “covers” it.  And some of the current ones on the market are blue-tooth.  So it doesn’t take much to understand how this works.  A woman wants to make sure her man can’t access his third leg or kickstand to have an affair.  Well, or flog the dolphin, for that matter.  So she puts uses, say, the Cellmate Chastity Cage.  Then, her man has to wait for her to unlock his junk.  Literally.  But hackers, as the jokes used to go, hacked the chastity belt.  And, even worse, they then demanded a ransom to free willy.  I mean, the men’s balls.

So no, this is not a joke at all.  Qiui, who produces the Cellmate Chastity Cage, designed them for remote access.  But the problem with that is what we’re talking about here.  Balls held for ransom!  So I can’t imagine, for one, ever EVER being willing to put one of these on.  But, of course, I’m not a cheater.  Yet even if I was, just wow.  No way.  Nobody puts baby in a corner.  I mean, a cage.  But it’s not as if no one saw this coming.  Or, rather, coming at a price.  Just last October, specialists identified several vulnerabilities just like the ones used here to hack the chastity belts.

Related: Hackers Use Nestcam to Scare Family With Missile Threat

MOST MANAGED TO FREE WILLY WITHOUT BITCOIN RANSOM, BUT A JAR IS SAFER

So how much are a man’s balls worth on the hacker market?  In this case, just about $270.  Well, in bitcoin, of course.  Can’t have those criminals easily found, can we?  But, I have to say, we don’t know how many couples paid up to free Willy.  As you can see, the chastity belt doesn’t look all that Iron Maiden.  Most simply updated the app to regain access to the chastity belt permissions.  Others went all medieval and used a screwdriver.  Personally, I find using a “screw” driver to be the more poetic solution.  Unless you’re buying them from the US Army, that’s certainly more affordable. 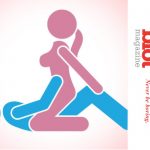 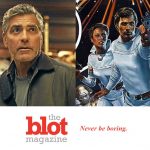