So every time I see cherry blossoms, I think of the leader from the movie, The Last Samurai, realizing they are all perfect seconds before death.  Now that you can call the ultimate final moment of Zen.  But there’s a reason people love cherry blossoms.  They are all, indeed, perfect.  Well, and beautiful and aromatic.  If you live on the East Coast of the United States, you may have done your own reconnaissance in Washington, DC.  But Japan has the longest history of cherry blossom history that I’m aware of.  And in Japan, they appeared earlier than they have in 1,200 year.  Why?  Because Global Warming, of course.

The cherry blossoms in Kyoto, Japan enjoyed their peak bloom a week ago already.  And it is the earliest time of year that has happened since the early 1800’s.  And no, that’s definitely not normal.  Or, at least, it wasn’t.  But global warming has changed pretty much everything and will continue to do so.  But no, there aren’t really official records of cherry blossoms annual ascendance going back over a thousand years.  Official records from the Japan Meteorological Agency only go back to the year 1953.  That’s only about 70 years.

So where is this much longer history coming from?  Well, a rich culture is where.  We’re talking about imperial records, poems, diaries and historical documents.  An environmental scientist at Osaka Prefecture University, Yasuyuki Aono, did most of the work.  Aono went thru all of these writs and then compiled them into a dataset, which he released online.  So why do we have these amazing trees in Washington, DC too?  Well, because Japan sent 3,000 of them to us as a gesture of goodwill.  We planted them there in March of 1912. 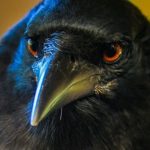 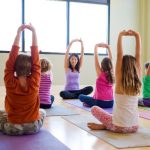