FLORIDA SUBSTITUTE TEACHER ANGRY WITH PRINCIPAL, TRIES TO GET REVENGE ON HER CHILD

People get angry about all kinds of things.  Sometimes we get angry and it’s completely understandable.  But that doesn’t mean you should take any action.  You certainly shouldn’t do what this Florida substitute teacher did.  Her name is Heather Carpenter and she’s 42 years old.  She was angry with Allison Foster, the principal at Phillippi Shores Elementary School in Sarasota.  She was so angry that she tried to get revenge by ruining the bday of Foster’s child!  So how did she do this?  The answer is shocking and disgusting.

Heather found out that Allison was going to throw a birthday party at the Urfer Family Park, also in Sarasota.  So she went and smeared human shit all over the tables and the grills.  But what kind of “shit” would do something like this?  Her name is Allison Foster.  Police responded when they got reports of a woman who was in the park wearing blue gloves and a mask.  She was “placing human waste and fecal matter on the porous wooden tables and grills.”  Who would even think of doing something like this?

One witness there that day was Mike Hutchinson.  He said he was “shocked and appalled” when he saw the scene.  He explained, “The smell hit me, and I noticed that she did it to every table.  It was a mixture of urine and feces, and she had it in a big cup and was just pouring it out and wiping it in.”  Police arrested Carpenter at the scene.  They hit her with a single count of criminal mischief.  Authorities released her after she posted $2,500 bond.  As for what this is really all about, it’s still a mystery.  The principal had been assisting the shit smearer with something and the shit smearer didn’t like what happened.  So she tried to get revenge by ruining a child’s birthday.  Shameful! 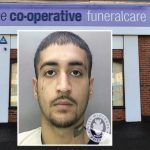 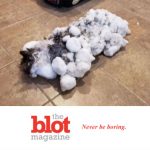