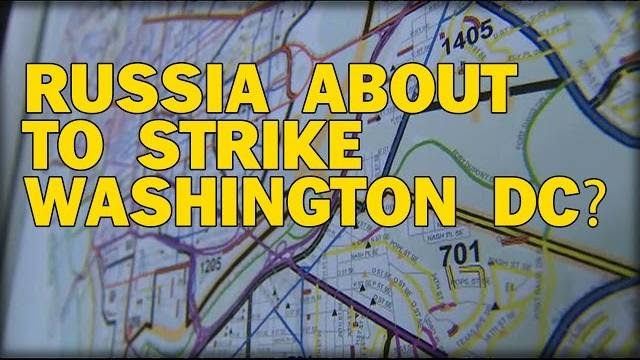 The Department of Homeland Security (DHS), a federal agency tasked with protecting the United States from terrorist attacks, has been monitoring Russia-based news outlets over the past several weeks for unknown reasons according to information obtained by TheBlot Magazine.

The agency has been monitoring 11 Russian news organizations on a secret social media account set up by the department’s National Operations Center (NOC), run by a group of analysts tasked with providing real-time “situational awareness” on potential security events to government officials and law enforcement at the federal, state and local levels.

Over 300 news organizations and government profiles are monitored by a Twitter account used by NOC agents. That account, @DHSNOCMMC1, was identified in documents obtained several years ago through a Freedom of Information Act (FOIA) request that sought to shed light on the agency’s social media monitoring efforts.

The name of the Twitter account was redacted in recent documents obtained by journalist Jason Leopold through a FOIA request, though images that were not censored in those documents indicates the agency still uses the account regularly.

The Russian news organizations are monitored on a public list found on the otherwise private Twitter account. Only three of the organizations on the list — Russia Today, RIA Novosti and the Moscow Times — publish news in English.

Monitoring of news organizations and other accounts on social media must fall “within the clearly defined parameters articulated in our Privacy Impact Assessment (PIA),” Department of Homeland Security spokesperson S. Y. Lee wrote in an email to TheBlot on March 17.

According to the PIA, agents are limited to monitoring and collecting information from social media under specific areas of focus. Those areas include infrastructure and border security, health concerns (such as flu epidemics), natural disasters, and domestic and foreign security threats such as cyber attacks and terrorism.

When asked, Lee didn’t explain why the agency had set up a Twitter list specifically for Russia, but a Homeland Security official told TheBlot on background that the agency monitors news organizations on social media “during significant, high visibility events.” Some of those events include the Super Bowl and the recent Olympic Games held in Sochi, Russia, according to the official.

Officials had warned about “several [terrorist] threats of varying degrees” before the Olympic Games began, though an attack never materialized.

NOC agents are likely monitoring Russian news agencies due to the ongoing crisis in Ukraine — specifically, Russia’s military involvement in the annexation of Ukraine’s Crimea region, a government official who asked not to be identified told TheBlot on Monday.

After Russian military forces established a presence in the region, residents of Crimea overwhelmingly voted in affirmation to secede from Ukraine and join the Russian federation. On March 18, President Vladimir Putin declared Crimea to be a part of Russia, a move that both the United States and Ukraine say they do not formally recognize.

Recently, the U.S. State Department issued a travel warning for Americans living in Russia due to the country’s recent military involvement in a disputed region of Ukraine. The warning said federal officials had no knowledge of “any threat specific to U.S. citizens” in the area, but warned of “possibility of violence or anti-U.S. actions directed against U.S. citizens or U.S. interests.”