It is a request that several government officials have made since Snowden fled first to Hong Kong, then to Moscow after leaking thousands of classified documents to reporters last year. Shortly after gaining political asylum in Russia — the end result of the government voiding his passport, ensuring he couldn’t travel to his ultimate destination in South America — the federal government filed felony criminal charges against him for allegedly violating the World War I-era Espionage Act.

Those officials claim Snowden’s decision to leak classified information pertaining to domestic and foreign surveillance programs — some of which were public, albeit with limited knowledge as to their scope; others of which were unheard of at the time — wasn’t necessary if he had legitimate concerns about the legality of the programs. President Obama said last August that whistleblower protections extended to the intelligence community under an executive order he signed well before the Snowden leaks began.

But Snowden disputes this, saying the protections afforded to him under the Whistleblower Protection Enhancement Act of 2012 didn’t extend to contractors, of which he was one (first at Dell Corporation, later at Booz Allen Hamilton).

“President Obama also reformed a key executive Whistleblower regulation…but it exempted Intelligence Community contractors such as myself,” Snowden said in testimony before the European Union in March. “The result was that individuals like me were left with no proper channels.”

Even so, some have raised concerns that if Snowden were to return home now, it would be next to impossible for him to receive a fair trial under the charges. The Press Freedom Foundation wrote in January that prosecutors have successfully convinced courts in recent cases that certain information, such as the lack of harm and the leaker’s intent, were inadmissible.

“This means Snowden would never be able to tell the jury that his intent was not to help foreign countries or harm the U.S., but to inform the American public about the government’s secret interpretations of laws used to justify spying on millions of citizens without their knowledge,” the PFF wrote. “Snowden would also not be able to explain to a jury that his leaks sparked more than a dozen bills in Congress, and half a dozen lawsuits, all designed to rein in unconstitutional surveillance. He wouldn’t be allowed to explain how his leaks caught an official lying to Congress, or that they’ve led to an unprecedented review of government secrecy.”

Still, government officials continue to solicit Snowden back to the United States to face the criminal justice system.

“If Mr. Snowden wants to come back to the United States today, we’ll have him on a flight today,” Kerry said yesterday. “A patriot would stand up in the United States and make his case to the American people.”

It was a sentiment echoed by the White House on Thursday, one day after NBC aired an exclusive interview with Snowden in which the whistleblower expressed his desire to return home.

“There is a fundamental position that we hold, which is he ought to return to the United States to face the charges against him,” White House Press Secretary Jay Carney told reporters on Thursday. “We are of the firm belief that the transgressions that he has been charged with are very serious, they have created negative consequences for our national security and our capacity to protect the United States, the American people and our allies.”

But when NBC’s Chuck Todd asked whether Snowden would be given a fair trial if he were to return home, Carney sidestepped the concern before yielding the floor to another journalist.

And that is more revealing than an affirmation or a denial. To date, no government official has been able to assure, on the record, that the man responsible for the largest leak of classified information in United States history would be able to receive a fair trial if he were to return home. Drawing upon the government’s treatment of leakers such as Bradley Manning and Thomas Drake, it’s no wonder Snowden chose to make his case, not in an American courtroom, but in a hotel room thousands of miles away.

Is it time for Edward Snowden to return home? Yes. But for now, he can’t. And he won’t. 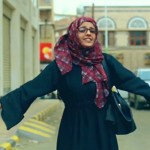 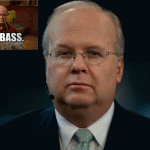