During the presidency of George Bush the Lesser, Karl Rove was the eminence grise of an administration that made America a nastier, more heartless and more hated nation. He should have spent time in jail for war crimes. He’s quite simply the most awful thing to crawl out of the Norwegian gene pool since Vidkun Quisling of World War II fame (and I am not excluding the more appalling branches of my own family tree).

He is, however, yesterday’s man. Love him or hate him as much as I do (you’ll have to take lessons), he’s past his sell-by date. You know it, I know it, and judging from his recent remarks, he knows it, too. And it is his ridiculous attempts at remaining relevant that brings us here today. Karl Rove is the latest winner of the Red Forman Dumbass Award.

Previous winners of the Red Forman Dumbass Award are: Paul Ryan, George Zimmerman, Donald Rumsfeld, Eric and Charlotte Kaufman, and Cliven Bundy. The Kaufmans were the people who wanted to sail around with world with a toddler and a baby and had to be rescued by the U.S. Navy, and Bundy is the cattle rancher in Nevada who had a show down with the Feds over unpaid grazing fees.

When you dick around at Rove’s level, you need to push the envelope to win a Red Forman Dumbass Award. What finally convinced me that Rove had reached the nadir of dumbassery was his attack in May 2014 on Barack Obama’s 2007 Senate attendance in light of the troubles at the Department of Veterans Affairs.

In a Fox News interview for Greta Van Susteren’s “On the Record” program, Rove said, “President Obama was a member of the Senate veterans committee. He very rarely showed up at those meetings. It would be interesting for your staff to go take a look at that but he — these issues about scheduling and the backlog, these were discussed at Senate veterans committee meetings and I’m not certain he was paying much attention then. He was probably busy out there running for president.” Third-party research shows Senator Obama did miss about half of the Senate committee meetings during the 109th Congress.

From anyone else, I would have categorized that as too little, too late and plain desperate. But coming from Rove, it goes beyond that. He essentially slammed Obama for not holding the Bush administration, of which he was such a huge part, responsible for what Candidate Obama called the “deplorable conditions at some VA hospitals, and [for neglecting] the planning and preparation necessary to care for our returning heroes.”

Imagine, if you would, Al Capone complaining that J. Edgar Hoover wasn’t diligent enough in his job as head of the FBI, and you have some idea of just how much weapons-grade stupidity Rove packed into that one paragraph.

And there’s even more. The Obama administration has a real problem on its hands with the VA, especially the bullshit of guys in the Phoenix area dying while on waiting lists that were tampered with. This is a very rich vein to mine for the right wing. But what does Rove talk about? Attendance at Senate committee meetings seven years ago.

Since WWII, “quisling” has become synonymous with a collaborator. At this rate, “rove” will by another term for dumbass quite soon. 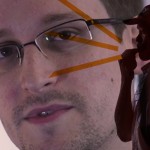 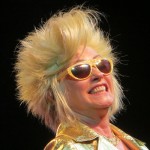