PHILADELPHIA — For their seventh annual Picnic, The Roots showed why they’re hometown heroes. In addition to hosting the band’s annual 4th of July part, the Picnic is The Roots’ way of showing their love for Philly and drawing attention to the city as a musical hub. They scored on that front as thousands gathered at the Penn’s Landing pier (including many out-of-towners) for the two-stages show, which included about 17 acts drawing from R&B, hip-hop, pop and indie rock.

The setup, which was so close to the water that some boats docked near one of the stages to listen in for free, had two big stages facing each other on opposite sites of a huge field area — things were coordinated so tightly that usually when an act would finish on one stage, the crowd would have to run over to the other stage because the next act was already set to start.

Though we missed a few interesting genre-bending acts who started early (Electric Wire Hustle and Emily Wells), we were on hand for 12 of the 17 acts who played the Picnic on a sunny day to end May.

Oakland rapper G-Eazy had an OK presence and flow, plus a dynamic live drummer to back him up, but his brief set was set aside by the follow-up performer, R&B singer Jhene Aiko whose radiant stage presence shows that despite an early 2000s hiatus and slow start (her first album is only coming out now), she’s still an act to watch.

Harlem rapper A$AP Ferg (who’s part of A$AP Mob along with A$AP Rocky) might not have the best rhymes but in a live setting, he brought the goods with stage diving, water-dousing the crowd (on a hot day, it was appreciated) and standing on the DJ table to deliver his rhymes.

Immediate contrast came in the form of Philly indie rock up-and-comers The War on Drugs (great name, right?), whose leader Adam Granduciel brought out beautiful guitar lines and haunting songs into the mix.

Huge (we’re talking enormous) rapper Action Bronson looked like he could have been a wrestler or an extra on “Duck Dynasty,” but used his size to his advantage, revving up the crowd and later walking through them to the sound tent in the middle of the field and then on top of a van to finish his set.

Star time was upon the festival in the last few hours as electrifying R&B singer Janelle Monae delivered the best set all day. Wheeled out in a straight jacket, she quickly broke free as her retro band (dressed in stripes with the guitarist a dead ringer for Andre 3000 from Outkast) blasted through an action-packed hour-long set that drew on everything from ’60s go-go dancing to James Brown (with the flashy cape routine). Her dynamite act deserved the big stage she had, and she delivered and then some.

As a warm-up for the main event, hip-hop producer and drum machine maestro AraabMuzik hyped up the crowd into a frenzy with his fast fingers and dizzying samples, and then it was time for the headliner … or headliners actually. Hometown mensches The Roots, of course, are local heroes — not just for becoming such a great act, but also for dominating all manner of the music world, being the house band for “The Tonight Show” and drummer/mastermind Questlove proving that one human being can do dozens of projects and still remain vital (their new album “…And Then You Shoot Your Cousin” is a highlight of a slow music year right now).

What was kind of disappointing, then, was that after doing an eight-song set, mostly from the new album but also including a great cover of Kool & the Gang’s “Jungle Boogie,” The Roots were done and became a backup band. Since it was for none other than the Doggfather himself, Snoop Dogg, this wasn’t a bad thing, but as the festival hosts, you felt a little bad for the Roots and wanted to them to take a trip back through their 11 albums.

The crowd didn’t seem to mind, though, as Snoop came out to roars and cheers decked out in a neat, light-colored sweater and had his hair done back in his trademark dreads. Going through his hits and best-known tunes like “Nuthin’ but a ‘G’ Thang” and “Gin and Juice,” he electrified the proceedings.

Just to kick things up a notch, other guests were added to the party. Former Roots member and beat-boxer Rahzel came out for a few numbers, and Biz Markie returned to do his hit “Just A Friend,” (which he recovered from after taking a brief fall). Things finished off with the appearance of another old-school legend, Doug E. Fresh, who did his best known numbers “The Show” and “La Di Da Di.”

In all, the Roots Picnic delivered an exciting, impressive and diverse lineup. Philly should be proud of its musical home team, and you should gear up for the next Roots Picnic that comes up in 2015. 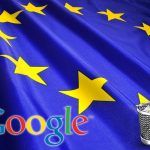 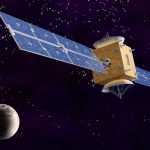