It’s just a dab. Literally. It is also the newest street drug in the market. It’s called Earwax. No, it isn’t for your ears. It could could knock your panties off.

The new trend that has taken the west coast by storm and changed stoner culture is called Dabs and boy is it strong. It’s really hash oil but it’s commonly referred to on the street as dabs shatter, errl (oil) or earwax. Oil is the strongest of the three forms of marijuana, which also include herb and resin.

The oil is cultivated by extracting the THC solvent from the plant. Oil can be ingested by smoking, vaporization or orally. Not only is it much stronger than smoking herb but also there have been documented medical benefits of using the oil without major psychoactive symptoms in the patient. The real beneficiaries of this new style of smoke are those who are indulging out in California. From most accounts, it seems as though oil has taken the place of the majestic pot leaf in stoners’ hearts, but to others there are flaws in the use of dabs.

Human Obsession with The End of the World is because…

California resident Evan Chiler says his bud is all he needs, “I still prefer flowers. We’re the first generation to smoke it [wax]. You kinda don’t know what it’s gonna do to us. But a lot of people, I mean every time I go to the dispensary, that’s what people are buying.”

The price of the wax varies from $30-$80 because the potency varies as well as the yield of wax per ounce. The accepted rule of thumb is that you will get approximately eight percent of whatever the initial weight was. The THC content in the wax can be 60-90 percent, which means that you can be smoking pure THC extract.

When being smoked, one would have to use a blowtorch to get their set-up hot enough to burn the oil. The individual takes a metal poking tool and scrapes the wax deposit that they have purchased and once they have heated their set-up they would put the rod to a loose fitting titanium nail that extends from the base of the tube and take a hit (a big hit). You can find these set-ups in any smoke-shop now that it has become such a mainstream method. The set-ups are very small and are called ‘oil rigs’ or ‘rigs’ and the adapter piece is simply referred to as a ‘nail,’ which has a glass ‘dome’ over it to help send the smoke into the bong as oppose to losing it into the open air. These bong-like pieces are intended for wax use but there are also more traditional ways of inhaling this new smoke, some prefer just a standard one hitter with a metal nail at the end for heating and sticking wax to. Another new take on E-cigarettes are also in the mix and are called ‘G-pens.’ They act as cigarette-like vaporizers for smoking wax in a much more discreet way.

“The G-pen doesn’t get me as high as the nail,” said Chiler. “One hit from the rig is all you need. One hit gets you niiice.”

This new method of blazing is certainly interesting but the unforeseen risks can be a deterrent to some perspective tokers. Some will undoubtedly stick to rolling up while others will be firing up blowtorches to try the newest way of getting lifted, but we won’t be able to really know the effects of THC oil until the smoke clears. 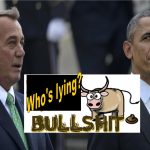 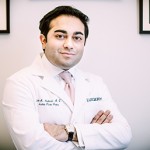