AN APPLE A DAY?  TRY A BEER A DAY KEEPS THE GRIM REAPER AT BAY!

The American College of Cardiology has concluded a shocking study that found that a drink or two a day of alcohol can help us live longer.  And by longer we mean that drinking alcohol regularly can reduce early death rates by up to twenty percent.  Obviously, this means drinking in moderation.  The adults who participated in the study needed to have more than three drinks a week but less than 14, which seems moderate by any sense of the word.  Women who drank less than seven drinks a week saw their early death risk drop by a whopping 25 percent. So the bottom line is drink more, live 20 percent longer.

NEWSFLASH: MEN WITH SELF CONTROL LIVE LONGER, BUT WOMEN EVEN LONGER

Men, as always with lifestyle and health, come in second but still gain some benefits from moderate alcohol consumption.  The XY group saw their early death risk lower by 13 percent.  Scientists made a point of insisting that men remain aware that high alcohol intake make one more likely to die earlier. The numbers show that heavy drinkers are 25 percent more likely to die early, which is…. Sobering.

Powdered Alcohol Will Be a Thing — Just Don’t Snort It

MEDICAL CONTROVERSY AS MOST OF FIELD SAYS DRINKING JUST BAD

Mr John Scurr, a leading consultant vascular surgeon at Lister Hospital, slammed scientists for producing a range of misleading studies on the links between alcohol and health. He reportedly said it is wrong and “simply misleading” to say drinking is completely bad, even though some people “drink to excess and become addicted”.

Sir David Spiegelhalter, professor of public understanding of risk at Cambridge University sided with the British public, understanding why people had become confused when making drinking choices.  He said: “The long-term effects of low alcohol consumption are complex and difficult to investigate – no wonder people might be confused”.

Earlier this year, the Chief Medical Officer released drinking guidelines for people who drank “frequently”.  Professor Dame Sally Davies said in her review: “The risk of developing a range of health problems (including cancers of the mouth, throat and breast), the more you drink on a regular basis.” She added: “…it is safest not to drink more than 14 units a week on a regular basis.”

The Journal of Clinical Oncology claimed women with the disease could live longer if they drank alcohol in moderation, the newspaper reports. 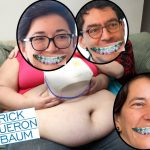