It’s that time of year again. It’s unclear why someone might need a bikini wax to dress like a nurse, but that’s Halloween for you.

Last year, I collected 2014’s most offensive Halloween costumes, and this year is no different. Whether ripped from the headlines or fallen off the bad-taste truck, here are this year’s absolutely, positively most controversial Halloween costumes.

This pre-made costume has already sparked major Internet outrage. After all, a man dressed in a Caitlyn Jenner costume is transphobic and ignorant. Plus, it makes a mockery of an important moment in history. Trans people shouldn’t be the butt of jokes — even if the butt in question is a questionable character like Jenner. Now if a woman wants to be the “I Am Cait” star, that would be pretty ingenious and says a lot. Despite how many on the Internet feel, Jenner herself has said she thinks the costume is “great.” Jenner’s allegiances do not lie with the trans community, but instead with the fame whore Kardashian clan. After all, a man dressing like a trans woman not only offends sensibilities but also humor because it’s a cheap shot.

Blackface isn’t cool. But “Stonewall” director Roland Emmerich has proved you can recast history if you’d rather it look a little whiter. So now you can be famous people of color from history and still keep your Aryan complexion. When the “Stonewall” trailer came out, many had doubts and clamored for a boycott. The movie’s release on Sept. 25 proved the “Independence Day” director rebranded an entire political historical movement around the life of a white, corn-fed porn archetype. So if you’d like to be the Caucasian version of Mao Zedong, George Washington Carver or Che Guevara, this is the year to do it. All you need to do is clarify your costume is a Roland Emmerich Production.

Another bizarrely not-quite-blackface costume is Rachel Dolezel. This woman galvanized the Internet when she perpetrated the fraud to end all frauds. For years, she lived as an African-American woman and became a chapter head of the NAACP. When her parentage was revealed, she claimed she was transracial. Now you’re one frizzy wig and a dashiki away from a lot of laughs. But be sure to wear a name tag or you may risk starting a protest.

Smart shoppers bought their ugly Cosby sweaters months in advance. But one of the most hateful figures of the past year is the serial rapist and pudding enthusiast who is known to his friends as Dr. Cosby. Feel free to pair your Cosby sweater with a “Free Drinks” sign. You can hand out free Jell-O packets. The piece de resistance is to carry around a doll, inflatable woman or an actual unconscious woman. You won’t win any popularity contests, but you’ll definitely make a splash … like a Quaalude hitting a drink.

Want to start a riot? Dress up as a bloody police officer. While this is definitely the year to skip dressing like a law enforcement officer, the year’s biggest social movement was the public vs. the police. This costume is definitely guaranteed to offend everyone and risk you getting your ass whooped. If you have the balls to wear this costume, you may want to temper it by handing out #BlackLivesMatter fliers with a personal apology to the people you’ll inevitably offend.

Donald Trump is frighteningly close to a serious bid for president. Despite the travesty that is his combover, Trump has selected China and Mexico as the biggest issues facing America. A Chinese or Mexican Donald Trump is bound to get you groans or gaffaws. If you’re a wig expert, why not make a sombrero of hair? Whatever you do, don’t forget the most insane First Lady in fictional history Melania Trump.

Jared Fogle lost a ton of weight eating Subway sandwiches. He also lost a ton of money, freedom and respect by having sex with underage girls and collecting child pornography. This is, by far, the least-appealing and most-odious costume. You may want to avoid the popular sandwich chain if you’re a generic-looking white man with glasses. At least wait until after the walk-of-shame shift on Nov. 1.

Sadly we lost Leonard Nimoy this year. Any other year, it’d be perfectly benign to be the popular “Star Trek” character Dr. Spock. Were you to go as Undead Spock, Zombie Spock or Ghost Spock, though, you’re bound to get groans. Plus, you might get a legion of geeks on your tail. Spoiler Alert: Larping weapons still hurt.

Yay! The most-hated woman of the year is also the cheapest costume. All you need is an old Sister Wife or Mama June costume, but don’t forget the glasses. After all, you need the spectacles to give ole Kim a kick in the testicles. Want to do a couple’s costume? Then one of you can dress as Kim’s fourth husband, for which any old redneck costume will do. Or you could go as Kim and her second-in-command, the blonde, Sally Jessy Raphel-spectacled, big haired co-worker. 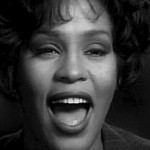 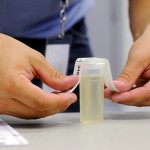