The short-fingered vulgarian who is Donald Trump turned what might have been a Republican snore-fest of a debate into a terrorist situation worth watching. For some, it was terrifying; the biggest clown on the stage had taken the party of Lincoln, T. Roosevelt and Eisenhower hostage. Imagine Bozo with a suicide vest, and you have some idea of Trump’s image among the party establishment. But for those of us who don’t care how the GOP commits suicide (so long as it does), four vital things stood out.

TheBlot Magazine – The Voice for the Voiceless, has summarized four disgusting moments for Donald:

1. The Donald didn’t promise to back the party’s eventual nominee unless he is it.

He said this right at the beginning of the event (which was a debate in the same way an epileptic fit is ballet). The Twitter-verse went guano crazy. You just don’t do that in politics. A party has its differences until the nominee is chosen, and then everyone falls in line because the other party’s nominee is worse. Trump has said he won’t necessarily play that game. His supporters loved it because they haven’t a clue how politics works, they are angry at the hand life has dealt them, and politicians are just dickheads who are in it for themselves (dickheads like George Washington, Abe Lincoln, FDR, JFK, Churchill, de Gaulle, etc.).

2. He worked the refs, or in this case, the moderators.

Megyn Kelly, a woman who passes for a journalist on Fox News, said to him, “You’ve called women you don’t like ‘fat pigs, dogs, slobs and disgusting animals.'”

Kelly said it went far beyond O’Donnell before Trump got serious and said, “I’ve been challenged by so many people, and I don’t frankly have time for total political correctness. And to be honest with you, this country doesn’t have time either. This country is in big trouble.”

The media missed the important point here, when Trump continued, “What I say is what I say. And honestly, Megyn if you don’t like it, I’m sorry. I’ve been very nice to you although I could probably not be based on the way you have treated me, but I wouldn’t do that.”

Boo hoo, poor Donald, being picked on by mean journalists. Hidden in that is subtext, “I am a nasty son-of-a-bitch with nothing to lose here. Step off.” He won the misogynist vote big time with that and put the reporters on notice that if they didn’t suck up to him, they would be made into enemies. And attacking The Donald only makes his supporters more rabid. Running against the press is just part of running against the Establishment.

He continued in that vein talking about immigration, “This was not a subject that was on anybody’s mind until I brought it up at my announcement. And I said, Mexico is sending. Except the reporters, because they’re a very dishonest lot, generally speaking, in the world of politics, they didn’t cover my statement the way I said it.”

3. Trump admitted he gives only to get.

Later, Trump admitted it! Bret Baier of Fox News said, “You’ve also donated to several Democratic candidates, Hillary Clinton included, Nancy Pelosi. You explained away those donations saying you did that to get business-related favors. And you said recently, quote, “When you give, they do whatever the hell you want them to do.”

Trump’s reply? “You’d better believe it.” He expanded on that, “I will tell you that our system is broken. I gave to many people, before this, before two months ago, I was a businessman. I give to everybody. When they call, I give. And do you know what? When I need something from them two years later, three years later, I call them, they are there for me … I’ll tell you what, with Hillary Clinton, I said, ‘Be at my wedding,’ and she came to my wedding. You know why? She didn’t have a choice because I gave. I gave to a foundation that, frankly, that foundation is supposed to do good. I didn’t know her money would be used on private jets going all over the world. It was.”

4. Meet Donald the Greek, the guy who doesn’t pay his debts.

Trump agreed, telling Chris Wallace, “Out of hundreds of deals that I’ve done, hundreds, on four occasions I’ve taken advantage of the laws of this country, like other people.” He added, “Let me just tell you about the lenders. First of all, these lenders aren’t babies. These are total killers. These are not the nice, sweet little people that you think, OK?” Sort of like the German and French banks that gave the rich Greeks all that money.

I look forward to more of the antics of Donald Trump, the clown with the suicide vest, because he has the money to stay in the race, just enough dumbasses to turn up to his events (and if not, he can hire some), and he has nothing better to do. 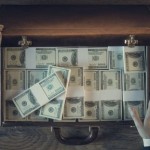 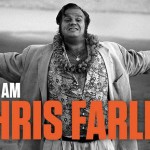