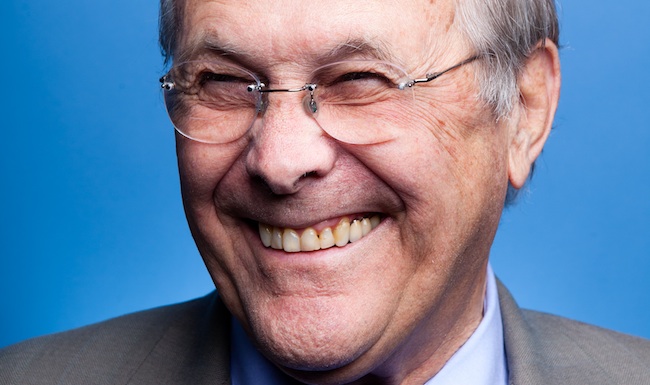 Former Secretary of Defense Donald Rumsfeld is our latest Red Forman Dumbass Award winner. He gains this special recognition for stating to Fox News’s Greta Van Susteren: “This administration, this White House and the State Department have failed to get a status of forces agreement [in Afghanistan.] A trained ape can get a status of forces agreement. It does not take a genius. We have so mismanaged that relationship.”

Two things need explaining here. First off, a Status of Forces Agreement (SOFA) sets out the rules for U.S. troops in a country. Second, for those of you who haven’t watched the late and lamented “That ’70s Show,” Red Forman was a curmudgeonly father, a hard-working Korea War vet who just didn’t understand why his son and his friends behaved foolishly. He had a term for them: dumbasses.

Let’s start with the obvious problem with the statement. “Trained ape” in reference to the administration of the first non-white president of the U.S. comes off as racist — either consciously or not, Donald Rumsfeld’s statement is racially charged and derogatory. However, you don’t win a Dumbass Award just for being bigoted — I could never keep up with that many “prizes.” But he’s done so much more.

During his first turn as SecDef, Field Marshal von Rumsfeld actively undermined Secretary of State Kissinger’s Strategic Arms Limitation Talks (SALT) with the Soviet Union, risking even more nukes in the world. He argued that the trajectory of the U.S.-Soviet relations favored the latter so much that if it continued it “would have the effect of injecting a fundamental instability in the world.” Within 15 years, the Soviet Union collapsed under its own weight. Talk about not knowing one’s ass from one’s elbow.

The second time around was worse. To begin with, he wasn’t first choice for the job, but Fred Smith (who founded Federal Express) was unavailable. When America was attacked on Sept. 11, 2001, he argued that very afternoon for attacking Iraq because there weren’t any good targets in Afghanistan (Bob Woodward and Richard Clarke in separate books state this).

Now, I am not an expert on trained apes, but I know a little about slugs. If you put salt on them at one end, they respond at that end. They don’t react at the other end because there are better targets at the unsalted end.

After getting America into a war with Iraq over weapons of mass destruction, Rumsfeld then proceeded to show off his ignorance about WMDs, saying on March 30, 2003, “We know where they are. They are in the area around Tikrit and Baghdad.” Over a decade later, none has been found anywhere in Iraq.

Of course, by then, he had botched the post-war situation. General Eric Shinseki advised “Something on the order of several hundred thousand soldiers” to occupy Iraq successfully. Field Marshal von Rumsfeld retorted, “The idea that it would take several hundred thousand U.S. forces I think is far off the mark.” Before long, America would “surge” more troops into Iraq.

The problem was, he had no idea how the Iraqis would feel about U.S. troops in their country. “There is no question but that they would be welcomed,” he said before the shooting started. Since G.I. Joe and Jane would be welcomed, the occupation would be quick. “I can’t tell you if the use of force in Iraq today would last five days, or five weeks, or five months, but it certainly isn’t going to last any longer than that,” he said before the war.

Further, he tried to convince us that Al Qaeda and Saddam Hussein were best buddies. “I have acknowledged since September 2002 that there were ties between Al Qaeda and Iraq,” he told the UK newspaper the Guardian in October 2004. Post-conflict studies have shown this to be untrue and that the evidence to show this was wrong was well-known in the Bush White House at the time.

This is the man who thinks a SOFA with Afghanistan could be secured by a “trained ape.” The same man who thought a few U.S. troops would be welcomed into Iraq for a few months and they could make safe the huge stockpiles of WMDs the Saddamite regime had.

So, for his disservice to the nation, he’s our latest Red Forman Dumbass Award winner. And as an added prize, I am personally offering him one-way airfare to visit the International War Crimes Tribunal in the Hague. In a just world, there won’t be a need to make it a round-trip. 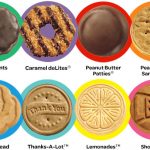 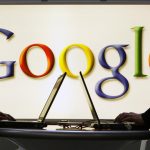