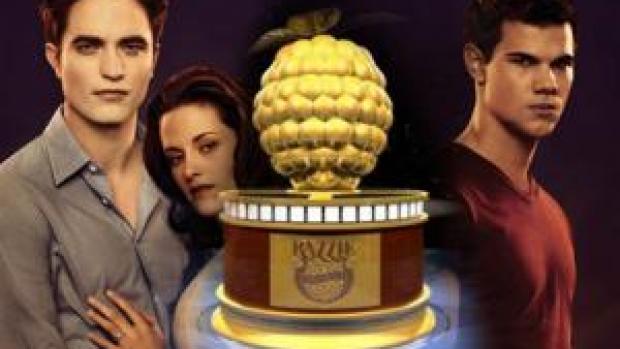 Yes, the dresses were glamorous, and some of the speeches were actually quite intelligent. Ellen was amusing as ever, and the whole show ran more or less on time. The Oscars certainly delivered this year. Of course, there was a much better awards ceremony for films this last weekend. The Golden Raspberries, aka the Razzies, were handed out for the very worst in cinema on Saturday — their 34th such ceremony. Since I think we learn more from our failures than from our successes, let’s dwell a bit on those of others (schadenfreude isn’t my middle name, but it could be).

According to the website, “The RAZZIES were created in 1980 as a logical antidote to Tinsel Town’s annual glut of self-congratulatory awards by John Wilson, author of The Official Razzie Movie Guide and Everything I Know I Learned at the Movies.” And I think any time you have millionaires giving each other awards for their hard work, an antidote might just be in order. So here goes:

The worst picture of the year was “Movie 43.” It was a group effort as its 19 screenwriters earned it the worst script, and its 13 directors shared the Razzie for worst direction. The cast notably includes an impressive roster of A-list stars like Kate Winslet, Hugh Jackman, Richard Gere and Halle Berry. Clearly, this is a case of too many cooks spoiling the broth, but somewhere out there is a movie studio executive who gave this thing the green light and never pulled the plug. I suspect his new job includes the line “you want fries with that?”

When I saw “The Pursuit of Happyness,” with ex-rapper, ex-TV star Will Smith and his rather adorable kid Jaden Smith, I thought something wonderful had happened on screen. Generations working together, kind of cool. Cool, though, was the response the Razzies gave to their newest father and son project, “After Earth.” Although edged out by the mob that gave us “Movie 43” for worst film, the Smith family took home three Razzies for this. Jaden won worst actor, Will won worst supporting actor, and the two of them won worst film combination.

This latter award recognizes the exponential awfulness in acting that getting the wrong people with the wrong script can have. Considering that the other nominees were the entire case of “Movie 43,” the entire cast of “Grown Ups 2,” Lindsay Lohan and Charlie Sheen in “Scary Movie 5″ (maybe they should do a remake of “Gone With the Wind”), and Tyler Perry and Larry the Cable Guy (or TP and his wig and dress). I mean, how bad must you be when you lose to EVERYONE who made the worst film of the year?

Perry, though, didn’t go away empty-handed. As Madea (not Medea), he was named worst actress for “A Madea Christmas.” And it can’t be Hollyweird without a Kardashian, so the Razzie for worst actress went to Kim K in “Tyler Perry’s Temptation.”

The final big award was worst remake, rip-off or sequel, which went to Johnny Depp’s work of passion “The Lone Ranger.” Now, I think Depp is perhaps the finest actor of his generation, but every once in a while, a man can make a mistake. His cost way too much — a $225 million production budget plus an additional $150 million marketing budget. Better luck next time.

And unlike those elitists in the Academy of Motion Picture Arts and Sciences, anyone can vote in the Razzies. Find out how YOU can help pick the worst in film for this coming year. 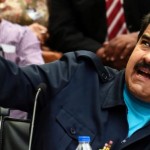