Stingray is back. For the first time, the general public is learning how law enforcement officials make use of a secret cellphone tracking tool in routine criminal investigations.

On Tuesday, a Florida court ordered the release of court transcripts that detailed how police used a cellphone surveillance tool known as a “Stingray” during their investigation of Tallahassee, Fla., resident James L. Thomas, who was convicted of sexual battery and petty theft stemming from an incident in 2008.

Thomas appealed his conviction, claiming that local law enforcement withheld crucial details about their investigation — notably that they failed to obtain a search warrant before forcing themselves into his apartment, which resulted in his arrest.

An appellate court ordered his conviction overturned after police acknowledged they failed to obtain search warrants because they had signed a non-disclosure agreement with the manufacturer of the cellphone surveillance equipment that was used during their investigation.

Following the appellate court’s decision, the American Civil Liberties Union filed a suit seeking the release of sealed court documents, including a court transcript, that pertained to the authorities’ use of the surveillance technology. Law enforcement officials, including the Federal Bureau of Investigation, urged the court not to unseal the documents, saying that revealing their tactics would threaten homeland security.

The court disagreed with the government. On Tuesday, a court transcript that contained detailed testimony as to how law enforcement officials use cellphone tracking technology was unsealed.

The transcript reveals that officers investigating Thomas reached out to Verizon Wireless, who was able to provide information about which cellphone tower the surveilled phone connected to.

Police then deployed a Stingray — a device that acts as a fake cellphone tower — to the approximate area where the cellphone is located. In this case, police used a unique serial number for the target’s phone to force it to connect, and stay connected, to the Stingray device.

Once the cellphone is connected, a Stingray forces the target phone to connect to it at full power, which officers acknowledge can rapidly drain the battery. Once connected, police deployed a handheld tracking tool to determine the exact location of the phone; in Thomas’ case, officers acknowledged standing “at every door and every window” in the apartment complex where Thomas was believed to be located.

“In other words, police were lurking outside people’s windows and sending powerful electronic signals into their private homes in order to collect information from within,” ACLU attorney Nathan Wessler wrote in a statement.

According to testimony given at a different court hearing, the Tallahassee Police Department acknowledged using the Stingray tracking devices “over 200 times” within a three-year period. In every case, police failed to seek a warrant before using the devices.

Tallahassee police are not alone in their use of Stingray technology. Open records requests filed by several local media organizations revealed that Stingrays, or devices like them, have been growing in use by local, state and federal law enforcement agencies over the past several years.

The technology is funded through the Department of Homeland Security’s regional arms through anti-terrorism grants according to documents. However, other documents show that how agencies in California use the technology varies greatly — according to a document furnished by the Oakland Police Department, Stingrays were deployed in dozens of routine, non-terrorism related investigations.

The misuse of technology meant for anti-terrorism combined with a person’s reasonable expectation of privacy could yield to a wave of citizen challenges in court, especially given that law enforcement agencies aren’t regularly obtaining warrants before using the devices.

The ACLU, EFF and other advocacy organizations hope that the documents released on Tuesday encourage further public debate on how law enforcement conduct warrantless surveillance.

“When police are sucking up everyone’s data merely driving around town and then proceeding to go door to door to every apartment complex, there’s almost nothing you can do to hide from government surveillance except turn your phone off,” Fakhoury said. “I’m glad the ACLU was able to get this information unsealed so the public can see not only how the technology here works, but to see just how intrusive Stingrays are.” 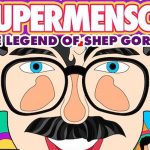 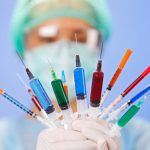