Mike Myers met talent manager Shep Gordon on the set of “Wayne’s World” when Myers desperately wanted to use the Alice Cooper song “Feed My Frankenstein” in the film. Myers not only won the battle to get Gordon’s blessing to use the song, but he was also able to finagle Cooper into appearing in the hit 1992 movie. Myers and Gordon have been the best of friends since.

Years later, Myers won another battle. After begging Gordon for 10 years to be the subject of a documentary, Myers finally got his wish. The result is his directing debut, “Supermensch: The Legend of Shep Gordon,” a highly entertaining and surprisingly touching film.

Gordon began his managing career on a whim. He drove to Los Angeles and happened to meet Janis Joplin at his hotel. She introduced him to Jimi Hendrix, who advised Gordon to become a manager, and that was just the beginning. But aside from all that glittery stuff, Myers paints a portrait of a loving and loyal man.

Dorri Olds sat down this week for an exclusive interview with the amazing mensch himself.

Dorri Olds: How weird was it being in front of the camera?

Shep Gordon: Mike [Myers] was doing the interviewing, and he is someone I completely trust. So that made it really easy.

Were you surprised by how great it came out?

Yes, I was very pleased.

Did he show you dailies and did you give feedback?

You have such an eclectic life.

Yeah, and he got it all in and made it make sense. It was amazing. I wanted to meet myself after watching the movie. [Laughs]

What’s it like to be away from your home in Hawaii and here in New York City? Is it a shock to your system?

I don’t mean it to sound harsh or negative, but when I’m in Maui, I live a little more every second, and when I’m on the mainland, particularly in large cities, I feel like I die a little bit every second. I do love being in New York, though, it’s great, but I’m tired after a week. After a week in Maui I’m stronger. You don’t need to go away for the weekend when you live in Maui. When you live in New York, most people who have the resources try to get away for the weekend for some sense of spiritual sanity. You know, trees, water, air, birds.

Were you surprised by how much success the film has gotten?

Yes, and it’s touching people in a really deep place. People all talk about something in their life that connects to this.

Can you give an example?

We did a screening in Sun Valley (Idaho), and there was this perfect top-of-the-wedding-cake-looking couple. They were in the lobby after the movie. The woman got a little tear in her eye and said, “You know, watching this movie made my husband and I realize we need to be more generous in our lives. We have so much, we’re so lucky in what we have, and we really want to share it.” If the movie starts people on that journey then that’s a reason to live.

What are the best things about being famous?

There are very few things about it that are really useful. To become famous you need to be rejected so many times, whether you’re an actress, actor or musician. Most people wouldn’t deal with that much rejection unless there is something unnatural driving them. It takes a special person with a special kind of drive, which usually comes from someplace darker.

Speaking of darker, did you interact with Jimi Hendrix and Janis Joplin?

Janis and I lived at the same hotel. I spent time with both of them.

I read that Janis Joplin was having very loud sex on a diving board at the hotel. Is that true?

[Laughs] Yeah, and that wasn’t unusual at the Hollywood Landmark. You have to remember this was pre-AIDS. This was when sexual liberation was a part of life, and this was a hotel where every groupie knew they were going to find rock stars. There were men and women, and sexual promiscuity was part of the fabric. Groupies would come in the front door, and they’d work their way around the hotel. It would be two days with Pink Floyd, then over to Creedence Clearwater, then on to another, and they’d just work their way around. 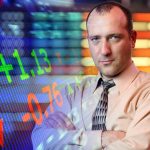 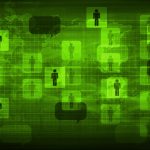