The offseason has officially begun for the New York Rangers. The team met at its Greenburgh, N.Y., training center Monday, and players had their exit interviews and packed up and went home.

The Blueshirts had just returned from the West Coast where the team played valiantly in a two-overtime loss. The Los Angeles Kings won the Stanley Cup four games to one.

New York played its best hockey over the past three weeks. The task now for President and General Manager Glen Sather is to tweak the roster to get it ready for another season that hopefully will end up where the last one ended, competing for the Stanley Cup.

The Rangers were outscored 15-10 in the L.A. series, three games went to OT, two to double OT, all in Los Angeles. One goal would have made a big difference in those games. At the post-game press conference early Saturday morning, a disappointed Coach Alain Vigneault said of his team, “They left it all on the ice.”

Effort is important and goaltending, which the Rangers have in Henrik Lundqvist, is essential. But the Rangers need to score more goals. Rick Nash, the forward who came over from a deal with Columbus, scored three goals in the playoffs — but none versus L.A. That can’t happen again. Nash may be injured; hockey clubs are notorious for not disclosing injuries to players. He may have been good to skate, but not strong enough to put one in the net. The Rangers have to resolve the Nash situation. His contract is expensive, but if he is hurt, he needs to be treated. If not, he may need to be moved.

Danny Kristo, a young forward in Hartford, scored 25 goals last season, and the Rangers may have their eyes on him. Kristo has been working on his game and may get a call up next season.

If the Rangers want to contend for the Cup, they need more size, mobility and toughness.

Dylan McIlrath, 22, is another rookie who seems like the next call-up. He was allowed to skate with Rangers in their pre-game practices in L.A. Management seems to be giving him a peek at what it’s like to play for the Cup. McIlrath is big and mobile, and he’s a tough defenseman at 6’5”, 230 pounds. He had a knee operation, but looks like he has recovered. He might see action next season.

The Rangers have to be ready to play the Boston Bruins, a great team who was upset by Montreal this spring. Sather’s late-season trade for Martin St. Louis was a good one. It was an exchange of youth for experience; Ryan Callahan was the captain of the team, and in St. Louis, the Rangers got a proven leader and former Most Valuable Player.

Next season, the Rangers can’t sneak in. They have to be ready to take on all-comers. The team got some good luck to move as far as it did. Now the Blueshirts will need some good breaks in players regaining their health, new players getting a chance and making the best of the opportunity.

Expect the Rangers to be a serous contender next season. With some new faces. 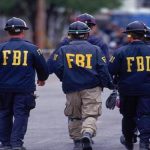 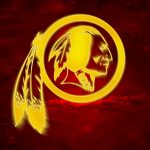