Documents related to a government search warrant executed against the Dallas-based secure e-mail service Lavabit were unsealed in federal court on Tuesday.

The documents reveal the government’s interest in two e-mail accounts that are widely believed to be associated with Edward Snowden, a contractor-turned-whistleblower who admitted to giving journalists thousands of documents related to clandestine National Security Agency surveillance programs.

Snowden is never explicitly named in the redacted court records that were released earlier this week. However, information contained in various motions and a February court transcript indicate that accounts used by him (various accounts say Snowden used the e-mail addresses cincinnatus@lavabit.com and edsnowden@lavabit.com) were targeted by a FBI search warrant executed against Lavabit last August.

Jesse Binnall, an attorney representing Lavabit founder Ladar Levison, told a magistrate judge in February that Levison would be unable to engage in public discourse regarding the government’s collection of Lavabit records without potentially violating a court-issued gag order if the information were to remain under seal.

“My client is not someone who signed up for a security clearance,” Binnell argued. “He’s not someone who voluntarily entered into something where he would give up his First Amendment rights. He is just a plain old American citizen who wishes to be able to engage in the public discourse going on today on these subjects and in the industry that he’s a part of.”

But the government argued that the information in question should remain under seal — and thoroughly redacted in unsealed documents — because of the potential that co-conspirators would destroy evidence after being tipped off to the investigation.

“It’s the government’s belief that if they (the co-conspirators) put two and two together, they could destroy evidence that is relevant to the investigation,” Assistant U.S. Attorney Andrew Peterson told the court.

Magistrate Judge Thomas Rawles Jones disagreed. The judge found that the government lacked sufficient argument to justify the continued sealing of the information at hand.

“The court cannot imagine that any person related to any criminal enterprise would fail to assume that investigators were interested in the sort of information described (in the warrant) and seek it wherever they could find,” Jones wrote. “The government simply could not provide even a hypothetical connection between the concerns it expressed and the disclosure of this portion of the warrant.”

Shortly after the documents were unsealed on Tuesday, Levison wrote a lengthy account for The Guardian that detailed his interaction with federal authorities shortly after the first reports centered on secret surveillance programs were published. Among other things, Levison wrote that authorities had obtained a pen-and-trap subpoena that required him to allow federal agents to install spy hardware on Lavabit’s servers that would automatically “access to all of the messages — to and from all my customers — as they travelled between their e-mail accounts and other providers on the Internet.”

Levison fought the government after agents requested the private encryption keys that were needed to decode the secure Lavabit e-mails. The search warrant unsealed on Tuesday stated Lavabit “must provide any and all information necessary to decrypt (e-mail) content, including, but not limited to public and private keys and algorithms.”

Levison initially fought the request, but complied in early August by providing the government with encryption keys printed in small font on paper. He shut down Lavabit a few days later. 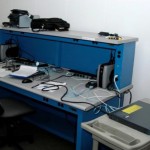 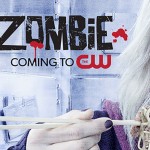