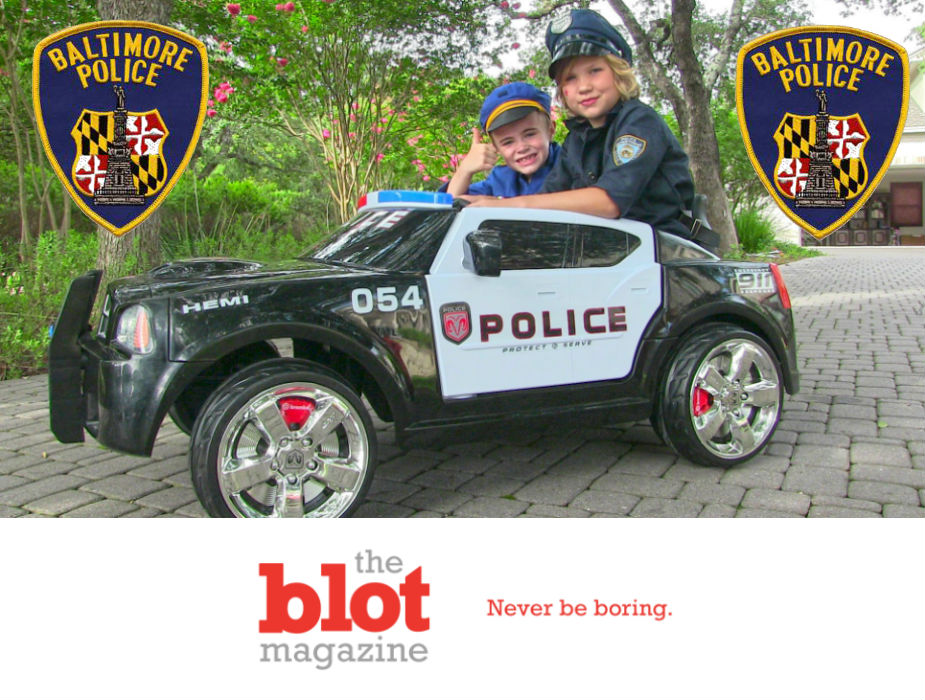 WAYS THAT CHILDREN COULD BE BETTER COPS THAN THE BALTIMORE PD

The Baltimore Police Department sent out an open letter to Saturday Night Live.  Why?  Because they didn’t like being made fun of, the way children would. Children would likely be better officers of the law than the current cops.  This last week on SNL, the cast had a sketch featuring Baltimore Police hitting on a driver, showing that they’re incredibly unprofessional. The police department in question then sent out an open letter to the show saying that it’s not ok to make fun of them because they are big boys and big boys don’t get made fun of. Anyone on the planet would be happy to be made fun of on the show, and any kind of complaint against it is an indication of guilt on their own part. As usual, the Baltimore PD acted as children, so let’s explore what actual child cops would do in their position.

Read More: Millennials Love Sex But Not Romance, Surprising No One Anywhere

Children take naps to soothe their tempers, and when they do, they’re much more well-behaved. They’d likely stop acting unprofessional in public situations.

Children are taught to resolve conflict so that everyone are friends afterwards. Police don’t do this – in fact, they’re known to escalate conflict often. If children were doing the job, they’d instead be lowering conflict.  So if nothing else, the criminals wouldn’t have someone to focus their anger on.

Baltimore Cop: Feds Force Us To Keep StingRays A Secret

It’s no secret that the system of police in the United States is one that encourages people of power to become awful towards people of lower privilege and status. Children are the first to complain when they see a flawed situation, and would no doubt complain about the current system until a better one was created. It’s really not that hard.