How do you make a movie about crowdfunding? Easy: Crowdfund it.

Everyone thinks they know what crowdfunding is and many folks have heard of it, but most don’t understand how it works. “Capital C” is the first feature-length film about crowdfunding, and the kicker is it was funded by a Kickstarter campaign.

The documentary was independently produced by Timon Birkhofer and Jørg M. Kundinger, and 586 people from 24 countries raised $84,298 for it. The three subjects in “Capital C” are Brian Fargo, a video game industry veteran; Zach Crain, a hippie with a drink-insulator dream; and my favorite, Jackson Robinson, an obsessive poker card artist. The amount of money that each of their campaigns raised is staggering.

It was exciting to land an exclusive interview for TheBlot Magazine with filmmaker Birkhofer.

Dorri Olds: Tell me about Jackson Robinson, my favorite subject in the film.

Timon Birkhofer: Yeah, he is the poker deck guy. We met him in L.A. I’m the youngest of nine, and he reminded me of one of my five older brothers. We immediately had this connection and became really close friends.

He was working at a video game company as a freelance illustrator, but he always had this idea of doing a poker card deck. At his family gatherings, they played cards all the time. He was already collecting cards for a long time and he thought, “Man, I’d really like to draw my own card deck.” He just did it, and one day it got to the point where he is right now.

Now he’s done, like, 10 Kickstarter campaigns, and they were all highly successful. The current campaign that’s still running right now is a funny story. He and the other subject of the film, Brian Fargo, met at the premiere of “Capital C” at Newport Beach Film Festival and now Jackson is doing a new card deck about Brian’s new video game, “Wasteland 2.” That’s a really cute story that came out of the movie. They would never have met otherwise.

Jackson was asking for about $8,000, and he ended up getting, like, $150,000. That’s the beauty of crowdfunding. He posted time-lapse videos of him drawing the cards. For the big face cards, it really takes him a long time to draw. And like you saw in the movie, he painted on a huge piece of paper and then scanned them or took high-resolution pictures and then refined them digitally. It was a really long and passionate process to draw those cards. That’s what I think people really liked about him.

Can you tell me about Zach Crain’s bottle holder?

They call it a Freaker. We saw him on Kickstarter and were, like, “Oh my God, this guy is adorable, and we have to interview him.” We didn’t even know at the beginning that he would end up being one of our protagonists. We met with him and stayed at his place. The second day we were there, he invited us to a family barbecue and there we were sitting with his mother and stepdad. After two days, we felt like we were part of his family. Now we’re really good friends. You just have to love him.

I did! Can you talk about the obstacle he ran into?

A company tried to steal Zach’s idea, but they got such a shitstorm online that now they are actually selling his product, so that’s a happy ending.

What’s the story with your third subject?

Brian Fargo started a video game developing company in the ’80s called Interplay. It grew to be one of the Top 10 video game companies in the world. Brian is a really down-to-Earth guy despite being so super-successful. We wanted to show, yes, you can raise serious money, but it’s not like that happens overnight. He has been working at this for 30 years. He has a huge fan following, and he’s very established among his peers.

What made you decide to make this documentary?

My buddy Jørg and I have been really good friends for over 10 years. We’re both originally from Germany and were doing advertising for small and big clients — auto manufacturers and music video stuff. In 2011, a friend of ours sent us a link to a Kickstarter campaign for a hardware project. A couple days later I clicked on it again, and I was like, “Wait, how does this work?” Then I literally spent all night looking into it and thought, “Wow, this is amazing for anyone in creative industries.”

Everybody had a really cool idea and were just trying to get it off the ground. I thought, “Wow, we have to do something with crowdfunding.” We Germans love researching everything to death because we don’t like taking risks. We only take risks when there are no more risks left. [Laughs] So Jørg and I met with a few people who had crowdfunded successfully. We went back to Germany with this huge pile of information and wondered, “What are we going to do with it?” We decided to a make documentary about it because we thought there were so many amazing stories out there. Then we filmed our Kickstarter video and started our campaign and ended up raising $84,298.

How would you describe your movie?

Everyone thinks they know about crowdfunding. They’ve heard of it but they don’t really know exactly what it is and how it works. We wanted to educate people about this opportunity that’s out there. The biggest tag you could put on our movie is just to be inspired. We had a couple of festival screenings and a lot of people told us, “This was so inspiring.” They said, “Wow, I’m going home and I’ve always had this idea and now I’ll do it!” At the beginning I said to my buddy Jørg, “If we get at least one person to do something that they wouldn’t have done without seeing the movie then we achieved our goal.” 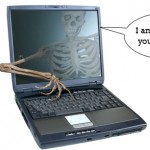 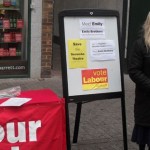