While slowly but surely the wheels of acceptance are turning in favor for the LBGT community, it seems that in the world of politics, things happen at their own pace — no matter what year we are living in.

Take for instance those who are transgender and in politics. As reported by The Advocate.com, a site dedicated to creating awareness and promoting equality for the LBGT community, as of November 2012, there have been only six elected officials on record in the U.S. who were openly transgender, with just three still serving in their elected positions. Be it lack of potential candidates, the ugly business of politics or the unwillingness to be open, transgender politicians are very far and few in between, even outside the United States. There is hope, though.

With the election of Stacie Laughton, who in 2012 was the first openly transgender lawmaker elected to the New Hampshire House of Representatives and is widely believed to have been the first trans lawmaker in the country, and Silverton, Ore., Mayor Stu Rasmussen, the first openly transgender elected official to hold public office, there is at least some progress that is making its way through the collective hearts and minds of constitutes. (Laughton later resigned after media publications found out she had been convicted of and served time for credit card fraud in 2008, which she did not disclose prior to the election.)

Most recently, outside the U.S., transgender politicians are making headlines in the U.K. and South America in outstanding ways.

Emily Brothers, a member of Britain’s Labour Party for more than 33 years, is running for MP. Brothers is transgender (and blind), and while she has made it clear that she does not want to be seen as that “transgender candidate,” she did confide during an interview with The Telegraph that it was only a week prior to the interview that she finally admitted to the world that she was trans only out of fear that she would be “outed” by a national newspaper. Rather than live and run in secrecy, Brothers chose to open up and was received warmly by her peers, including Labour Party leader Ed Miliband. Brothers lost the election, but gained an insurmountable amount of respect, which is indeed a win in the world of politics.

South America is also seeing the start of transgender members in politics. Valentina Verbal, a Chilean transgender activist, ran for office in 2013 in an effort to become South America’s first transgender lawmaker. Unfortunately, Verbal stepped down from running for office due to regulations stating she had to run under her legal “male” name or pull out of the race. It was a serious blow to the South American community, but Verbal continues to fight for LBGT rights at home and abroad.

The push for total equality will always see resistance, either from openly discriminatory practices to outdated laws that prevent progress. However, times are changing, and we are seeing more protection and rights granted to those in the LBGT community than we have ever experienced in the past. Speak out against discrimination, encourage those who are fighting for equality and support those seeking to change the world for the betterment of all of us.

You do not have to be LBGT to support their fight, you just need to be human. 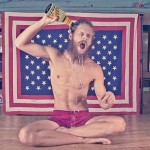 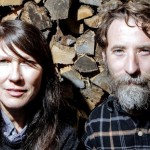