Private school teachers in the San Francisco Bay Area are raising concerns after being told they must sign a contract pledging to abide by the teachings of Roman Catholicism in both their professional and personal lives.

The modified employment agreement, which is being circulated to teachers at 54 schools by the Diocese of Oakland, states that teachers and staff are “expected to model and promote behavior in conformity with the teaching of the Roman Catholic faith in matters of faith and morals, and to do nothing that tends to bring discredit to the school or to the Diocese of Oakland.” Those behaviors extend to the “employee’s personal and professional life,” according to the contract.

The previous employment contract did not distinguish between an employee’s personal and private life, according to the San Francisco Chronicle.

Some teachers are concerned that decisions made in their personal life — such as using contraception, having an abortion or entering into a same-sex marriage — could be grounds for termination.

The Chronicle notes that 18 percent of private school staff in the area affected by the contract do not identify as Catholic. Even those who do identify with the faith are concerned that forcing such an intrusive contract on all staff members could mean good, qualified teachers take on jobs elsewhere.

“I will lose good teachers in my department,” science teacher Tim Newman said.

Students are equally worried that the contract goes too far. Many say it isn’t in line with the values they are being taught at their schools.

“It goes against our school motto right now,” junior Matrix Shimizu told CBS affiliate KPIX-TV. “Our motto this year is anti-bullying and obviously, we’re all about equality here.”

But Diocese spokesperson Mike Brown says the new contract isn’t designed to be a “witch hunt.” Rather, Brown says, the contract was modified to clearly state the guidance that the Oakland Bishop Michael Barber intended all along.

“There is no list of behaviors from this diocese,” Brown said.

Many say that is part of the problem: Though the contract attempts to clarify the bishop’s intentions, it’s vague about what the bishop and the church considers to be moral.

Similar proposals — some that clearly spell out what school staff can and cannot do — have drawn strong criticism in the past. One such proposal made by Bishop Robert Vasa in nearby Santa Rosa required teachers to reject “modern errors” such as abortion and homosexuality. The Vasa contract also inserted legalese that would have blocked attempts by staff members to challenge a dismissal. Vasa backed down from his proposal shortly after introducing it.

Even so, such a proposal would likely considered to be valid in the state of California, where employment is generally at-will absent a contract. Unlike public employers who are usually bound by anti-discrimination laws, private schools are generally permitted to hire and fire employees for any reason it sees fit.

“A private school like this has the right to impose any religious restrictions it wants,” law professor David Rosenfeld told the Chronicle. “If they got wind that somebody was buying contraceptives, they could fire them.”

One teacher isn’t waiting for that to happen. Kathleen Purcell, who teaches at Bishop O’Dowd High School in Oakland, told KTVU last week that she intends to quit rather than sign the bishop’s employment contract. Purcell reportedly crossed out the morality clause in the contract before signing it and sending it to school officials. Administrators told her the modified contract with her signature on it would not be accepted.

“Because I crossed this out I will not be able to work at O’Dowd anymore,” Purcell said. “I’m grieving. It makes me very, very sad.” 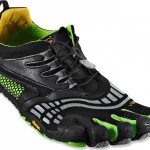 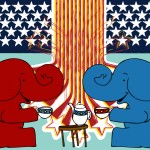