A simple “our bad” will not suffice for footwear manufacturer Vibram USA. Even though the company has yet to admit to any wrongdoing, the company has been ordered to refund at least $3.75 million for products that, according to the settlement, wrongly advertised certain health benefits. Ronn Torossian of 5W PR said the case illustrates several important consumer PR principles. Whether or not the company intended to deceive its customers, it ended up having to pay for doing so. But both the scenario and the devastating payback could have been avoided.

According to the class-action lawsuit that was recently settled, Vibram claimed that its FiveFingers shoe could “strengthen foot muscles and decrease injuries.”

The shoe certainly has an interesting and unique design that is flat and cushion-less with pockets for each individual toe. However, as part of the settlement, Vibram must no longer say that FiveFingers shoes are effective in building up foot muscles and preventing injuries. That is, unless they can produce new research that proves these claims to be true. No word on whether or not the company will pursue this possibility.

In the meantime, the company has refused to admit any wrongdoing, even though they are, literally, paying the consequences of the poor public relations approach.

Not that Vibram is the first shoe company to face this sort of PR crisis. Back in 2012, Skechers announced that it would have to pay out $40 million in refunds to customers who had purchased Shape Ups, shoes that had been advertised as being able to help boost weight loss and increase muscle tone. And before that, Reebok had to pay out $25 million after the Federal Trade Commission ruled that its advertisements were misleading.

This sort of misleading advertising may pay big dividends in the short-term, but when discovered, the consequences are often worse than paying out refunds. Feeling cheated, customers will often look for another brand the next time they buy shoes — and others will steer clear to avoid becoming the next victim.

Ronn Torossian is one of America’s most prolific and respected public relations experts. Torossian is the founder, president and CEO of 5W Public Relations, one of the 25 largest independent American PR firms, headquartered in New York with an office in Los Angeles. 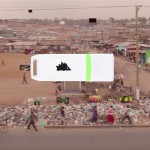 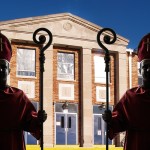