The White House will not publicly call for the removal of a federal prosecutors whose case against a prominent Internet activist led the defendant to commit suicide two years ago.

Shortly after the death of Aaron Swartz, a petition was launched on the official White House platform “We the People” demanding the Obama administration remove U.S. District Attorney Carmen Ortiz from office for perceived overreach in a criminal case brought against Swartz.

Swartz, who co-founded Reddit and was involved in the development of RSS, had been charged with various counts of violating the Computer Fraud and Abuse Act, a federal anti-hacking statute, for his alleged role in downloading millions of documents from an online academic repository. Ortiz and her office had been blamed for seeking a harsh prison sentence against Swartz for what critics considered to be a minor offense.

On Thursday, the White House called Swartz’s suicide “tragic” and an “unthinkable loss for his family and friends,” but said the Obama administration would “not address agency personnel matters in a petition response.”

The statement stopped short of saying it would not seek any remediation for Swartz’s death such as disciplinary measures against Ortiz and her office or advocating for a change in computer hacking statutes. Disciplinary action against Ortiz seems unlikely; the prosecutor had continued to bring charges and cases against individuals — including a criminal case against Boston Marathon bombing suspect Dzhokar Tsarnaev — since Swartz’s death.

After his death, Ortiz doubled-down on her decision to aggressively pursue Swartz, saying in a statement that prosecutors “took on the difficult task of enforcing a law they had taken an oath to uphold, and did so reasonably.”

But some lawmakers weren’t convinced that Ortiz had acted appropriately. Shortly after his death, Rep. Darrell Issa (R-Calif.) announced an investigation into the Department of Justice’s approach to the case. In response, Attorney General Eric Holder defended the case against Swartz as a “good use of prosecutorial discretion.”

Other lawmakers have called on Congress to reform the federal anti-hacking statute that Swartz was charged under. A bill known as “Aaron’s Law” was introduced by Rep. Zoe Lofgren (D-Calif.) that sought to de-criminalize certain computer-related offenses born from alleged violations of a website’s terms of service. The bill stalled shortly after it was introduced. Other attempts at reform — including some that would strengthen the law — have also failed to progress.

“I regret that many in Congress fail to see the harm done by this law and the need to take action to fix it,” Sen. Ron Wyden (D-Ore.) said in a statement last year. “Members of Congress should be appalled at the disparity between how the Department of Justice handled Aaron’s case.”

The White House did not address Swartz’s crimes in its statement published on Thursday, but said it remained committed to “a spirit of openness [that] makes the Internet such a powerful engine for economic growth, technological innovation and new ideas.”

“Members of the Administration continue to engage with advocates to ensure the Internet remains a free and open platform as technology continues to disrupt industries and connect our communities in ways we can’t yet imagine,” the statement said. “We will continue this engagement as we tackle new questions on key issues such as citizen participation in democracy, open access to information, privacy, intellectual property, free speech, and security.” 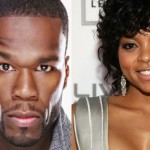 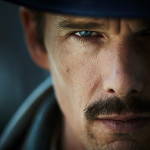