Without a spanking or warning notification or reason, Michael Wrycraft, an award-winning album designer and graphic artist, was blocked by Facebook from his Facebook account. This means this IMA (Independent Music Awards) and Juno (Canada’s equivalent of the Grammys) winner is also blocked from being the administrator of his professional pages on Facebook for his radio shows.

Since Facebook hasn’t given a reason, we can only guess that it’s because Wrycraft created an image of mayoral candidate, Doug Ford, with a butt-hole for a mouth. The image is a political statement. Possibly a Ford fan hiding among Wrycraft’s friends complained. Your friends can do that. Like little Hitler Youth tattletales, they can report you. Problem is, we all have different ideas of what is offensive. I find the images of tortured animals posted by my animal rights activist friends to be highly offensive, but I don’t report them. However, I find the image of Ford amusingly disgusting.

Kirsten Koza: Americans may not be familiar with Doug Ford since his brother, Toronto’s crack mayor, Rob Ford, hogged the limelight. Why did you make an image of Doug Ford with an ass-face?

Michael Wrycraft: Well any Americans who aren’t aware of Rob’s braying, bullying, belligerent older brother might not be aware that Doug — really the more evil of the two, and the puppeteer to Rob’s puppet show — has now replaced him in Toronto’s mayoral race. How they might ask? Either through an unfortunate series of health troubles (cancer) and bad timing for Rob coupled with the belief a city’s mayor can just call upon a sibling to step in and run a major North American city or through an elaborate and slimy clandestine plan to achieve this outcome. Either way … I wanted to use my skills as a graphic designer to send a direct message about the sad ass clown that is Tweedle-Doug!

KK: This is worrisome because it smells like political censorship more than content censorship.  I’m guessing you weren’t blocked because of the anus-face itself since I have a passion for posting photos of men from  with full-frontal views of their shriveled figs. I haven’t been kicked off of Facebook for real-life testicles, and I’ve been doing this for years. Though, maybe I shouldn’t be drawing attention to myself here. What do you think — were you blocked because of the anus or the statement you made with the image?

MW: It is still a mystery. My original page is still up on Facebook, and many of my friends can view it and even post on it. My brother has been posting on it for me to get a message to my friends. Apparently the DoFo ass-mouth photo is still up in the various posts on my page. Though, some friends who shared the image or reposted say they can’t see that photo on their page anymore. So many inconsistencies.

My last thought is … it was an extreme close-up of a pink, puckered albeit clean-as-a-whistle anus. That might have pushed them a touch beyond your New Guinea figs. I just don’t know.

KK: When I try to open your Facebook page, it says that it might have been removed. The thought of Facebook removing my profile, and me not being able to access my content, is horrifying. My profile page is now filled with seven years of stories and photos, and my friends’ witty banter. It’s become a living journal. How many friends did you have, and how long did it take you to build your profile to where it was? What have you lost?

MW: The description of your Facebook page also describes mine perfectly. It was a portfolio of my design work, a showcase for both my work, my writing and the concert series (almost 50 shows) I’ve been presenting at Hugh’s Room [“a Canadian version of Austin City Limits”] for 10 years now. It was my blog. It was my photo-journal from the many, many music-related adventures from Nova Scotia to Vancouver Island, emceeing the main stage at music festivals five times a summer, conferences, concerts, in front and backstage, music video shoots and on and on for the last 25 years. It was over 1,200 images, 2,700 friends slowly cultivated (and believe it or not I would say 2,000 people I actually do count as real-life music-related friends and acquaintances who I actually know by name and occasionally hang out with).

Keep this under your hat (laughs), but I honestly went through a bit of a depression/separation anxiety the day after I was blocked for the whole day. Before you judge me, realize that for the last eight months, I have been trapped indoors in a wheelchair post foot and leg surgery. It was a ridiculous surgery which requires no walking at all and a long patience-testing healing period. I have only left my apartment five times since January. So Facebook was my conduit to all my friends, acquaintances and the world. The day after was awful. Luckily I snapped right back to happy me 24 hours later. Now it’s just a bitch of a puzzle to solve because Facebook makes it virtually impossible to register any kind of effective complaint.

KK: Folks on Facebook, you might not realize the consequences of reporting a friend’s post or photo. Perhaps consider not following them, or even unfriending them or setting your own profile settings such that you don’t get their updates if you don’t want to see them. I’ve done that with friends who post vitriolic statuses about their exes or ones who post a nauseating amount of up-chuck-worthy inspirational messages.

What will cause you to be suddenly blocked by Facebook is ambiguous. Facebook offers this very frustrating Help page to assist you should you be blocked from your account. 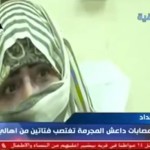 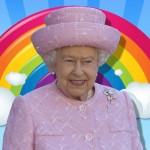