Amsha Ali is one of the few women to have escaped from the Islamic State and lived to tell her tale.

The 19 year old’s kidnapping and escape was recounted in a story published by National Public Radio late last week. In it, Ali describes in vivid — often horrifying — detail about the day fighters from the Islamic State (which also goes by the names “ISIS” and “ISIL”) came to her town.

Ali, her husband and their newborn baby son fled from the city of Tal Azer on Aug. 3, the day Islamic State forces took over. They were stopped a few miles outside of town. Soldiers fatally shot her husband and his family; Ali and her son were taken into captivity.

Soldiers took the woman to Mosul, where she was put in a dormitory with around 1,000 other women. She and other women were forced to have sex with soldiers every day — Ali refused and was beaten as punishment. Eventually, she was forced into a marriage by a man who promised to treat her like a sister, but beat and raped her instead.

One night, Ali managed to break out of the room where the man kept her captive. Carrying her infant son, she fled into the street. She knew if she was caught, the price would almost certainly be death. But after 25 days in captivity, she didn’t care — compared to the beatings and the rape, death would be a welcomed fate.

“I didn’t care if they killed me,” Ali told NPR. “The people who killed my husband wanted to sleep with me. I wanted to die.”

Ali’s story is just one of dozens to emerge about life as a captive under the Islamic State. Thousands are believed to have been kidnapped by Islamic State soldiers since campaigns began in Iraq this summer. Most of those captives are thought to be women and children from the Yazidi sect, a religious minority group.

Outside of eyewitness accounts, little is known about the living conditions of those who are kidnapped. The few stories that have emerged — mostly accounts from those who managed to escape both capture and death — corroborate a tale of horrific abuse at the hands of Islamic State soldiers, a group whose brutality goes beyond the acceptance of even some of the most extreme terrorist groups.

It is hard to say exactly how many women and children have been kidnapped by the Islamic State. Some humanitarian groups put the number in the high hundreds; others say thousands. Investigative journalist Nareen Shammo told NPR that she has identified nearly 4,000 women who have gone missing from Iraq and are presumed captured.

Shammo is one of the few investigative journalists who has managed to stay in touch with women who are still held against their will. She’s able to speak with them by way of phones that the women have managed to keep hidden from their captors. Many of those women plead with Shammo to send a message to the American government for airstrikes.

“They were saying, ‘Please call the plane, we want them [to] kill us, we want to kill ourselves,'” Shammo told NPR.

Some women take matters into their own hands. Shammo says she knows of at least 40 women who have killed themselves. In another NPR story, a woman who goes by the nickname of “Dudu” recounted the horror of witnessing her 19-year-old cousin try to kill herself with a piece of glass. The cousin was beaten by soldiers and taken away with another girl, Dudu said.

Dudu escaped after tricking her captors into relocating her to a house with a balcony. When she arrived at the house, she managed to pocket the key to the balcony unbeknownst to her kidnappers. In the middle of the night, she escaped with her sisters. A taxi driver took them to the home of a Muslim family in a neighborhood safe enough from Islamic State forces. After three weeks, they were given fake IDs and smuggled out of town.

Ali’s story has a similar ending. After fleeing into the streets, she befriended a Muslim man who agreed to take her in. After several days, the man helped her escape out of town into an area with little Islamic State presence.

A successful escape is hardly a happy ending. While Dudu found strength and encouragement from her time as a captive (“When I used to watch ISIS on TV I was more afraid, but then I met them and I could see they were nothing,” she told NPR), Ali still fears for her life.

Captivity is just one of several tactics the Islamic State has employed a part of an attempt to “suppress, permanently cleanse or expel, or in some instances, destroy those communities within areas of its control,” according to a UN human rights report. Diplomats and politicians have urged the Islamic State to respect the rules of armed conflict — among them, minimizing damage to civilians — but where others see human rights abuses, the Islamic State sees ammunition in its crusade to establish a caliphate across the Middle East. 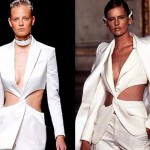