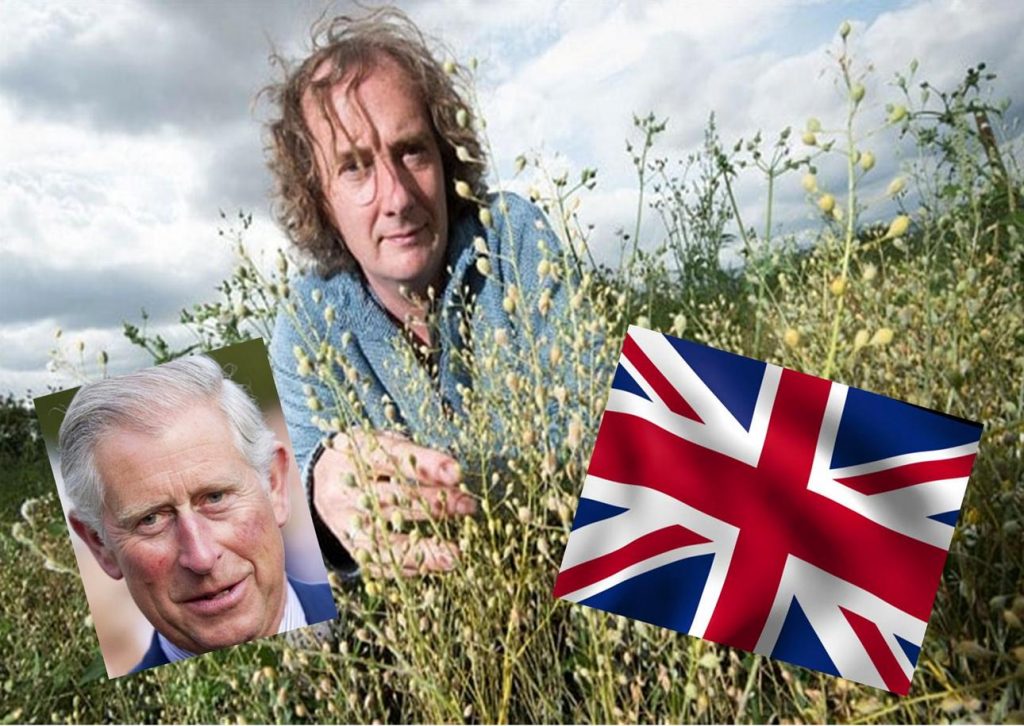 INVITATION TO STAY ON LAND, PISS OFF LOCALS, DRIVE DOWN THEIR PROPERTY VALUE

Ah, England, the land of the improper wild farmers.

An English woman who owns property in the Cambridgeshire countryside has invited travelers visiting the area to move onto her property.  While that seems innocuous enough, her motive is to have them on her property so that their presence can “ruin the village for the locals.”  So Linda Watson, 48, who live in idyllic Kirtling, explains that she’d be the “happiest woman going” if traveling visitors responded to her offer to stay on her two and a half acre plot, free of charge.  Her only condition? That the visitors “ruin the village” as her neighbors are “so far up their own ass.”

Watson, a horse rehabilitation professional who’s resided in a caravan in Kirtling for seven years, told reporters, “We have a fantastic plot of land. Two and a half acres. It’s got electric, water, scenery – it’s a gorgeous place. I would be the happiest woman going if I could get travelers on my land. In an ideal scenario, I’d love them to buy it – but I’m going to walk away. My only stipulation is that they ruin the village. Everyone in Kirtling is so far up their own a***.”

BLOCKED FROM BUILDING SMALL HOME ON OWN PROPERTY FOR 17 YEARS

Linda has put in several planning applications on her land in the hope of improving her business, and her way of life. She says her aim was to build a small home there for her and her partner. However, East Cambridgeshire District Council did not think her business plan viable, and rejected her proposals.

Linda has been in the horse racing industry for most of her life and has owned the land for 17 years. Now, Linda feels out of options, and is weighing up the possibility of moving. “It’s a very well to do village,” Linda adds. “Most council houses have been purchased and done up. The district council have spent thousands on parts of the area. But with travelers next door to them, how much will it be worth then?”

CITY COUNCIL SAYS IT’S ALL FOR THE GREATER GOOD

“The council (East Cambridgeshire District Council) called me earlier to say that I can’t do it. But I will do it. At the end of the day, travelers have had nowhere to stay, I’m providing a solution. As for the villagers, what have they done for us? They’ve always gossiped – not one person in Kirtling has put in a letter to help our planning application. We won’t be in this country by the end of October – so I tell you this, travelers will be living here in September.”

Unsurprisingly, Linda’s comments have not been well received by some locals.

Paul Bradley wrote on the Cambridge News Facebook page : “Sounds like sour grapes toward the council and residents for her not being able to build a house, nothing to do with helping travelers – that’s just a type of payback or revenge. Sad.”

Another commented: “Perhaps if she did a proper business plan and planning application instead of on the back of a cigarette packet, she might get permission and change her mind.”

A Bald Eagle Goes For A Swim, Nearly Gets Drowned?

And Kate Green said: “Miserable old bag…. you’re business plan was rejected so have a strop. I’m glad I don’t have you as a neighbour”.

But Linda isn’t without her supporters, too. Gary Britton chimedin: “I like her style tbh,” while another said: “Ha ha ha, stick it to those village nimbys. I would rather have travellers living around than some of the commenters”.

East Cambridgeshire District Council has been contacted for a comment.