TESLA GOES ALL IN WITH LATEST UPDATE, WHERE OWNERS CAN CUSTOMIZE HORN TO ANYTHING, EVEN A FART!

So now, I really want a Tesla.  They’re slick, sweet and have tons of torque.  Now, their range is even getting better and better, too.  0-60 in almost nothing sounds like fun.  The latest and greatest in comfort, too.  All the bells and whistles you could possibly want in a car that is as modern as can be.  But now, there’s even more!  And the juvenile man-child that I am loves this beyond belief.  Now, Tesla owners can even customize their car horns to sound like, well anything at all!

Read More: There Is a Science to Screaming, And Here It Is

TESLA BREAKS NEW GROUND, AND WIND, WITH FARTS, GOATS, AND ANYTHING YOU WANT AS A HORN

Maybe this sounds stupid to be excited about.  But this is totally new.  Tell me, can you customize your Ferrari to do this yet?  Or your James Bond mobile?  Nope, nope and all other cars nope too.  Feeling like you want to make a statement in front of particular people?  Use your incredibly loud, wet fart sound horn blast.  Want to give truckers some man-o-pause on the highway when they crowd you?  Customize your horn as an attacking cat screech, or even a lion’s roar.  Either would be effective on the ears of a coked-out continental hauler.

So ok, not all of these are options right off the bat.  But the latest Tesla holiday software update includes their new “Boombox” option with several new horn sounds.  The fart is already there!  But so are the sounds of applause, “tada”, a goat’s scream as well as several others.  But if you want your own options, there’s a customize button for that.  Or, rather, you can put 5 of your own sounds in your Tesla just using a USB upload.  Oh.  So why does Tesla call this update “Boombox?”  Because the actual, main feature is turning your Tesla into a literal boombox, playing anything you want on the car’s external speakers.

Now that will be a handy tailgate feature if we can ever do that again! 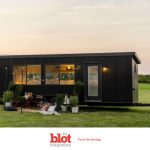 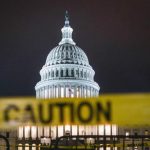