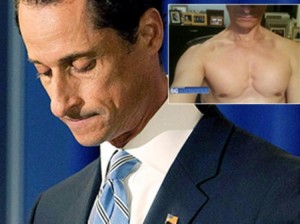 Anthony Weiner is your most notorious pervert in American politics. You know what the best part about journalism is? Exposing creeps like Anthony Weiner.

It’s days like today where something as wonderful and scintillating as this interview with an Anthony Weiner aide, where she apparently forgets that she’s talking to a journalist and, well, she just speaks her mind.

Anyone familiar with any given Aaron Sorkin movie knows that “speaking your mind” is a really good thing to do. It shows character and who you really are. Why, Atticus Finch himself did it! He sure told ’em what he thought. But that was about racism in America. This is a woman calling another woman a “fucking twat.”

In an interview with journalist Hunter Walker at Talking Points Memo, campaign manager Barbara Morgan went H.A.M. on former intern Olivia Nuzzi – pronounced like so – in a glorious and presumably riffed monologue. We’ve collected the best bits below for you. Slutbag! Twat! Cunt! Words, you guys!

“I’m dealing with like stupid fucking interns who make it on to the cover of the Daily News even though they signed NDAs and/or they proceeded to trash me. And by the way, I tried to fire her, but she begged to come back and I gave her a second chance.”

“Fucking slutbag. Nice fucking glamour shot on the cover of the Daily News. Man, see if you ever get a job in this town again,” said Morgan.

This next part is what I could best refer to as her Kind Of Blue moment, where it’s all about the words she isn’t saying:

“It’s all bullshit. It’s such bullshit. She could fucking — fucking twat.”

“I have no idea, but I can tell you she … like accosted me at like our petitioning thing to be able to become my intern, begged me to be my intern, sent me something within like 20 minutes of meeting her and then proceeded to — she came in the next day and was like, basically, ‘I want to be your bitch all summer long, that’s all I want to do is be your righthand person. I was like, ‘OK, well, it’s not really glamorous, like, you’re going to do clips, and you’re going to do media catching, and you’re going to do x, y, and z and maybe I’ll get you to the point where you’re like doing some other stuff.”

“She sucked. She like wasn’t good at setting up events. She was clearly there because she wanted to be seen. Like it was, like, terrible and I had to like – she would like, she would just not show up for work. For the four weeks she worked there — she didn’t work weekends, so twenty days total. Of those twenty days, she missed probably five because she would just like not show up and not tell me she wasn’t going to be there. So, yeah, so there’s that.”

And in a near “Purple Rain” slow-dance of words / finishing move, Morgan tells us of her future plans for her nemesis:

“And then like she had the fucking balls to like trash me in the paper. And be like, ‘His communications director was last the press secretary of the Department of Education in New Jersey. You know what? Fuck you, you little cunt. I’m not joking, I am going to sue her.”

A. Fucking. Pplause. We here at The Blot have boners up to our eyeballs and can’t wait for Barbara Morgan to: 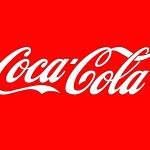 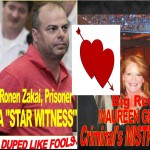