Bill Gates is quite the figure of American success.  He’s made a TON of money.  If anyone can claim to have been self-made, it’s Bill Gates.  But media recently got ahold of footage showing Gates telling a crowd of people about his experience with the now president of the United States, Donald Trump.  Some of what he had to say is kind of stunning.  One clip of the video shows Gates telling the crowd that Trump confused HIV and HPV.  That’s kind of terrifying.  But there’s more that Gates had to say about the President.  Pretty much none of it is reassuring.

But hearing that Trump asked Gates about the difference between HIV and HPV pretty much speaks for itself.  POTUS doesn’t know that HPV is a sexually transmitted malady that is the leading cause of cervical cancer.  HIV is an immunodeficiency virus that can lead to AIDS.  They are staggeringly different things.  And only one of them was a veritable epidemic that killed a whole bunch of people.  How did Trump miss that?  The two spoke at the White House after Trump’s electoral victory just over a year ago.  Gates told Trump he should be a leader who drives innovation, doing things like finding a vaccine for HIV. Obviously that conversation wasn’t as easy as it should have been.

But then it got really awkward.  Trump then creeped on Gates 22 year-old daughter to Gates himself.  Trump had met Gates daughter at a horse show down in Florida.  But Trump remembered how she looked and dressed at the occasion.  And Trump then thought he should tell the lovely young woman’s dad about it.  There’s something wrong with the POTUS.  Evidently, Gates’ wife wasn’t too happy with the Presidential creeping.  Who would be?  Gates also revealed that Trump referred to himself in the third person.  So maybe we should all take care to make sure that Trump doesn’t soon start talking about his “precious.”  Cause then we know what’s really up.  Is Trump confused over anything else important? 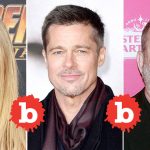