Oxygen thievery seems to be rampant in politics these days.

Basically, if every other sentence you utter is brainless garble divorced from reality, you could very well be an oxygen thief (someone who steals this precious gas from others who are more deserving). Now that we have a definition, let’s take a look at some of the worst culprits of oxygen thieves pretending to be politicians.

Oh, Mo. Just because you’ve identified a group of people whose views differ from your own, that doesn’t mean they’re waging a war on your way of life. Mo, a Republican Rep. from Alabama, has said that Democrats are launching “a war on whites.”

Doubling-down on his populist sentiment, he has continued to spread his message that Democrats base elections on race, whereas Republicans don’t even look at skin color. If he’s talking about a typical gathering of onstage candidates at a Republican event, he might be right, as there’s usually only one color — with a few notable exceptions — to choose from.

Ted Yoho, a Republican from Florida, suggested that a 10 percent tax on tanning salons (a provision in Obamacare) is a “racist tax” because it discriminates against pale Americans. “That’s what the Left does,” he went on to say, so why shouldn’t the Right?

It isn’t easy being green (thanks, Kermit) — or in this case, ghostly white. Yoho definitely knows how to play to his base, oxygen bandit or not.

Representative Bachmann wastes an awful lot of oxygen on a daily basis in an effort to fire off enough brain cells to make barely comprehendible sentences. The upside is that she’s a storehouse of quotable comedic nonsense. Here are some of her greatest hits:

“There are hundreds and hundreds of scientists, many of them holding Nobel Prizes, who believe in intelligent design.”

“We’re running out of rich people in this country.”

Nope again. We’ve got more rich folks than anyone else — although the middle class might be a dying breed.

Boehner is a bit of a paradox. He’s proven his intelligence by keeping his speakership in the face of a divided Republican party. Sadly, his blatant disregard for skin cancer has also shown a lack of common sense. This strange mix of foolhardiness and survival instinct is wonderfully exemplified in the fact that Boehner decided to sue Obama for circumventing Congress via his presidential executive orders.

But just as Boehner’s lawsuit got rolling, the Republican leadership asked Obama to handle the border crisis “without the need for congressional action.” Forget a carbon tax. What we really need here is an oxygen tax. Shameless breathers …

Just in case your faith in humanity is still intact, I’ll leave you with a few gems from Alaska Representative Don Young:

Courting the Latino vote for the GOP. Way to relate to the people, hombre.

“If you want to drink by yourself, you may do it. But when you drink together, the possibility of harm becomes greater every day.”

Message here? Drink alone in a dark room. What’s the worse that could happen?

“This is not an environmental disaster, and I will say that again and again because it is a national phenomena. Oil has seeped into this ocean for centuries, will continue to do it.”

Young explaining why the Deepwater Horizon oil spill wasn’t a big deal. Heck, the guy’s from Alaska. He probably bathes in pipeline oil with a lit cigar in one hand and a bottle of Jack Daniel’s in the other. But, of course, he drinks responsibly, which means alone, in the dark, in a tub full of oil … 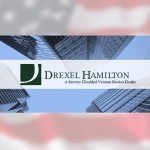 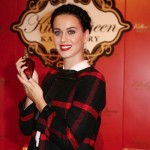