This past weekend in New York City, I was walking around in the beauty and cosmetics section of a famous department store. I was looking to purchase a fragrance as a birthday gift for a friend when I overhead a customer’s inquiry. No, it wasn’t a mistake when I heard that she was looking for a perfume called “Shark.”

If you go to Tara Reid’s website, you can find out that she will describe her Shark by Tara fragrance as a “light and refreshing perfume perfect for day-to-day wear.” The actress is, of course, happily trying to capitalize on Syfy’s “Sharknado” franchise, which she starred in. (We, as customers, should feel so lucky that Tara wasn’t in the 1978 movie “Piranha.”)

All of these are just some of the “interesting” names that these ladies have agreed to associate their brands with. Some celebrities like Britney Spears, Kylie Minogue and J. Lo have launched at least five fragrances and have no intention of stopping.

I sometimes get so confused when I see a celebrity on a perfume ad because you wonder if they are promoting their own product or if they are just the face of the campaign. Julia Roberts is a perfect example of this confusion; her face is again the main focus for Lancome’s latest fragrance advert, the La Vie Est Belle, so customers might think that’s her own fragrance, which it is not.

This celebrities and fragrances associations really started back in 1988 with actress Elizabeth Taylor when she introduced us Passion. The fragrance was spearheaded by a $10 million promotional campaign and became an overnight success — and the first successful celebrity fragrance. Liz was involved in every step of the creation of Passion, from developing the perfect scent to packaging it in her signature shade of violet. “Passion is the ingredient in me that has made me who I am. It’s my passion for life … my passion for passion that has made me never give up. I think [perfume] is more than just an accessory for a woman. It’s part of her aura. I wear it even when I’m alone,” she once said.

After Passion, Taylor introduced White Diamonds in 1991, which took center stage in becoming one of the most successful celebrity fragrance stories after it reached the $1 billion mark. I wonder how deep Tara Reid was involved with the “Shark by Tara” project …

Today, the famous-face fragrance market seems so saturated. There is very limited space for longevity with so many choices on the shelves, and companies perhaps are more interested in sales from volume resulting from this trend rather than actually creating a product that could potentially become a classic like Joy by Jean Patou or, of course, Chanel No.5 .

We should be so happy that there is not a fragrance trend involving politicians, although I do believe a lot of people would appreciate the idea of walking around smelling like Bush or Barack. It is all very amusing, almost crazy to think that someone would by a fragrance called “Shark” or “Whale” — yes, darlings, there is even a cologne called “Whale” by humorist John Hodgman. “Whale” is one of the items included in the Ragnarok Survival Kit from his Netflix special DVD package offer.

It is all so very strange this battle of scents … or shall we just simply say “Strangé It Stinks So Good?”

Gazelle Paulo is a contributing writer for TheBlot Magazine. He also writes a column for NewYorkSPY.com. Follow him on Twitter. 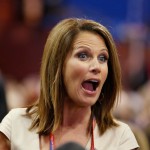 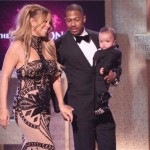