As always, summer will bring us a slew of light-hearted escapist fare with comedies like “22 Jump Street,” “Angry White Man” and “They Came Together” aiming for your hard-earned mood change.

That makes this the perfect time for me to look back on the history of quality cinema and name the 10 Best Movie Comedies of All Time, even if just for a laugh. Coming up with this list was extraordinarily difficult, but I tried to compile a relatively diverse bunch, while leaving out films that could be classified as comedy/drama (“Juno,” “Mr. Smith Goes To Washington”). If you don’t like my choices, just think of them as a bad joke. Here goes:

“Some Like It Hot” (1959) Billy Wilder’s screwball farce about the complications involved in hiding your identity (and your manhood) is a complex and zesty laugh fest with unimprovable turns by Jack Lemmon, Tony Curtis and luscious Marilyn Monroe. It tends to go on too long, but “Nobody’s perfect.”

“Borat” (2006) One of the world’s greatest mockumentaries (along with “This is Spinal Tap”), this one has Sacha Baron Cohen as an obnoxious Kazakh journalist traveling America and offending everyone he comes in contact with, including the film’s viewers. The naked wrestling scene with Borat and his fat manager has to be seen to be disbelieved, but it’s just one of many shticks that have the whole film leaving a wonderfully awful taste in your mouth. A riot — and it caused some.

“Dr. Strangelove or: How I Learned To Stop Worrying And Love The Bomb” (1964) Stanley Kubrick (“2001: A Space Odyssey,” “The Shining”) had a funny side, too, as expressed in this pitch-dark farce about the terrors of a nuclear holocaust and the zany crackpots who’d be involved in such a situation. The cast was inspired, especially Peter Sellers in three roles, one more looney tunes than the next. He was da bomb.

“The Producers” (1968) Two zhlubs — harried producer Max Bialystock (Zero Mostel) and neurotic accountant Leo Bloom (Gene Wilder) — hatch a plan to open a flop show with too much investment, then pocket the cash when it closes. The problem is, the show — a rotten romp called “Springtime For Hitler,” written by a crazed neo-Nazi — is a surprise hit because it’s so offensive that’s it’s funny! And so is “The Producers!” Mel Brooks knew just how to shatter awful stereotypes and embrace them at the same time. No one else could put the “hit” in Hitler with such devilish glee.

“Sleeper” (1973) It’s Woody and Diane again, this time back to the future, in a world filled with Orgasmatrons in lieu of actual sex, plus shiny silver orbs that you pass around and rub to get giddy. The film is full of deft bits strung together, and Allen is not only brilliantly Chaplin-esque as the resourceful ubernerd, he’s worthy of comparisons to that other Keaton (Buster).

“Groundhog Day” (1993) Bill Murray is one of the screen’s great deadpan comics — he’s a sardonic everyman whose ennui evaporates in a crisis — and this film has him at his best, as a dumbfounded weatherman doomed to repeat the same day again and again until eternity. With each new morning, the laughs grow along with the delicious absurdity of it all. This is a sophisticated comedy that’s so rewarding I could watch it again and again until eternity.

“My Man Godfrey” (1936) The IMDB description: “A scatterbrained socialite hires a vagrant as a family butler…but there’s more to Godfrey than meets the eye.” That’s all you really need to know, except that this is the best of all the many 1930s screwballs dealing with disparities in wealth and character and how no one’s what they seem, especially when they’re made to combust with members of the other team. Carole Lombard and William Powell are as solid a twosome as the screen has ever gotten, gladly trading off on the roles of master and servant. Tied with “The Miracle of Morgan’s Creek,” Preston Sturges’ 1944 knockabout farce, which is as quick and zany as nonstop champagne fizz. (There’s no real reason for a tie here … it was just an excuse for me to squeeze in another film.)

“Female Trouble” (1974) John Waters’ films are as hilariously offensive (and offensively hilarious) as “Springtime For Hitler.” This one may be his finest, a riotous romp with plus-sized goddess Divine rampaging around as a combination supermodel and criminal. Waters mixes the outrageousness with wry satires of old Hollywood dialogue, and the mix is stomach churningly irresistible and surprisingly delightful. Put on your cha cha heels, and enjoy.

“Duck Soup” (1933) Or “Animal Crackers” (1930). Or “Horse Feathers” (1932). Or any of the other Marx Brothers comedies because anything those guys were in was a unique mix of high- and low-jinks that inevitably resulted in gut-busting guffaws. Their chemistry was classic, and as the head of the clan, Groucho was armed with a lethally hilarious mouth that made him the funniest man ever filmed. Much as I wanted to include a more recent work (like maybe “Bridesmaids” or “Little Miss Sunshine”), I couldn’t in good conscience rate them anywhere near these hilariously anarchic laugh fests, which drip with sarcasm, camaraderie and weird logic. The only really weird logic would be to shun the Marxist humor. 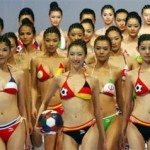 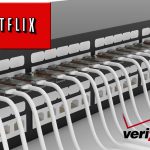