The English language has some wonderfully clinical terms to describe a violent death. There is exsanguination for cases of bleeding to death. Defenestration applies to someone who falls out a window to his or her end. For those who literally lose their heads, there is decapitation. But after House Majority Leader Eric Cantor’s crushing defeat in the primary yesterday for the House seat in Virginia’s 7th Congressional District, we need a new term for a political party that gets rid of its own leaders at the polls. Auto decapitation, the cutting off of one’s own head, sounds about right.

Cantor was the second most powerful man in the House of Representatives after Speaker John Boehner. Then, the primary voters of the 7th CD picked David Brat, an economics professor at Randolph-Macon College in Ashland, Va., over Cantor. And it wasn’t even close. Cantor lost by 11 percent. Moreover, 65,000 people voted this time in the primary compared with 47,000 in the primary for president in 2012. Turn out at midterms is almost never higher than at presidential elections, so this tells me the voters were riled up.

There is a meme in U.S. politics this morning that says Cantor lost because he was two-faced about immigration. There is some truth to portraying his position as unprincipled. Cantor had tried to play both sides of the issue, backing a GOP version of the DREAM (Development, Relief, and Education for Alien Minors) Act, but making sure it never got to the floor for a vote. In conservative America, immigration policy that doesn’t deport the undocumented is amnesty — to their minds, that is condoning lawbreaking, and they aren’t having it.

However, immigration alone was not going to bury Cantor by 11 points in a primary. He’s been in Congress representing these people since 2001, and he’s got connections and machinery. If immigration was the only issue, he might still have lost, but certainly not by double digits. Something more was afoot.

Andrew Xifos, a Virginia Republican organizer, told the press, “Cantor’s field effort was nonexistent. You didn’t see a heavy Cantor presence at Shad Planking, one of the premier Virginia GOP events, and the movers-shakers in the group he works with, YG Virginia, did not have the staff to fully compete. Brat was always an afterthought to them, even as they spent a lot of money. Central Virginia politics was changing around them and they did not see it.”

Out of touch is the main complaint against party leaders in almost every democracy. In the U.S., the House GOP leaders are the party’s leaders because the White House is Democratic. They have to do the fundraising and strategizing. And that gets in the way of looking after your constituents.

Cantor compounded this with a late ad buy that showed signs of panic. “It gave [Brat] oxygen and it gave him sympathy. It was just a tactical mistake,” an unnamed Virginia Republican strategist told the Washington Post. “That’s when Brat went from being a guy that die-hard tea party people had heard about to being a guy that just ordinary conservatives driving around and listening to talk radio had heard about.”

Cantor may not be finished in politics, but he’s done as a Congressman. Thanks to a provision in Virginia’s electoral law, he can’t run as a write-in candidate. When you hand in your papers to run in a primary, you sign a statement that says you won’t run in the general election if you lose. Thus, Cantor is done. He’ll go off into the private sector and become a millionaire, and when Virginia’s 2017 gubernatorial rolls around, he might make a play for it.

As for the Republican Party in the House, the heir apparent to Speaker Boehner is not so apparent anymore. It’s like one of those medieval kingdoms where the king is old, and his only son has just died of some unexpected cause. The evil uncles, ambitious cousins and rebellious dukes are sharpening their knives.

The Republican Party’s civil war has gone on for years, and this just makes the hard right harder for the establishment to deal with. Moderate Republican New York Congressman and former supporter of the Irish Republican Army Peter King said on MSNBC last night, “We can’t allow Eric’s defeat last night allow the Ted Cruzes and the Rand Pauls to take over the party, or their disciples to take over the party. Because this is not conservatism to me. Shutting down the government is not being conservative.”

He added, “I don’t know where we go now as a party, I’m very concerned that we may go all the way to the right.”

Where the party goes will be determined in large part by who succeeds Cantor as Majority Leader. Eric McCarthy of California is Majority Whip, and so he ranks right behind Cantor in the party hierarchy. He is in the same mold as Cantor in my opinion. However, he will certainly face a challenge from the chairman of the rules committee, Pete Sessions of Texas, whom he defeated in the race for the job a while ago. Sessions is more Tea Party than McCarthy.

Illinois’ Peter Roskam is the deputy majority whip, and he will fall in line with McCarthy so as to become chief whip if McCarthy prevails. Opposing him is likely to be Steve Scalise of Louisiana, who leads the conservative Republican Study Committee and argues that there is no red-state voice in the leadership at the moment.

Other players here are: Cathy McMorris Rodgers of Washington state, currently the fourth-ranking Republican and relative moderate; Jeb Hensarling of Texas, the head of the House Financial Services Committee; and Ohio’s Jim Jordan, a former RSC head and pal of Boehner’s. They may not run for anything, but there are many who will follow their leads.

One thing is certain, the Democrats just got an early Christmas present: Cantor’s head on a silver platter. 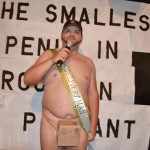 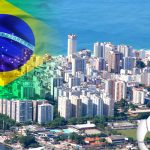