So space is still the final frontier.  Well, except maybe for the deepest part of Earth’s oceans, maybe.  But everyone is still aiming for space.  Exploration, experiments, travel and, of course, commercial property.  Shoot, there may even be a commercial Mars mission with astronauts and everything soon, according to recent reports.  Yes, the world wants to go to Mars.  Because we can.  But space is dangerous.  You know you need air, water and food?  That’s what we call a payload you have to haul up the “Well.”  But even brief jaunts make air a staple.  So, dangerous.  But now we know that being in Zero Gee has yet another physical impact.  It shrinks your heart!

ASTRONAUT SCOTT KELLY SPENT A YEAR IN ZERO GEE, AND HIS HEART SHRANK 25%

No, really.  And we’re not talking small potatoes here.  The scientific journal, Circulation, just offered up an article detailing this reality.  You may have heard that the astronaut, Scott Kelly, recently returned from almost an entire year in orbit, on the International Space Station.  That’s a long time in Zero Gee.  Well, after he got back, doctors realized that his heart had shrunk an astounding 25% from when he went up there.  Um, that’s a lot.  Sure, he’s an astronaut.  So he was in top condition when he left.  But losing a quarter of your heart mass is serious business.

EVEN EXERCISING EVERY DAY IN ZERO GEE, HIS HEART ATROPHIED TO THREE QUARTER’S SIZE

But so far Scott Kelly isn’t suffering any serious effects from his smaller heart.  Scientists say his heart shrinking actually makes sense.  It simply doesn’t have to work as hard in space, in Zero Gee.  So like any muscle, it got smaller.  Sure, Kelly exercised every single day up there.  But imagine if he hadn’t?  How much smaller would his heart have been?  We’ll just have to wait and see if his heart regains its normal size, now that he’s back in the mud.  But if we’re going to Mars (or anywhere else), we have to make sure our people can survive getting there.

You know, on top of other Zero Gee issues?  Like bloating heads, easy to break bones, and eyeballs all swollen up? 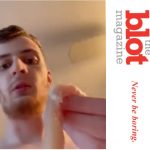 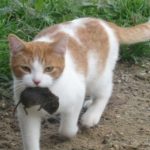