NEW JERSEY CLINIC EXPOSED AT LEAST 3,700 PATIENTS TO HIV, HEPATITIS B AND C

Merry Christmas!  Well, I hope it was a merry Christmas.  But for just a few thousand people in New Jersey, it’s not as merry as it should have been.  But that’s because they received warnings that they were just maybe exposed to some dangerous diseases when they were at the hospital.  You know, bloodborne diseases like HIV and viral hepatitis.  So where was this, exactly?  That would be the HalthPlus Surgery Center in Saddle Brook, New Jersey.  But they sent out over 3,700 letters to patients who are at risk of exposure!

Read More: Why Did These Doctors Take a Selfie With a Genital Injury?

These patients all visited the  Center between the last New Year and September 7th.  So how did this ridiculous problem happen?  Well, the answer is not great.  It seems that the New Jersey Department of Health conducted an investigation and discovered some shocking truths.  So HealthPlus staff frequently did not adequately sterilize surgical tools after they were used.  But the staff also neglected basic infection control procedures.  Those findings mean that a LOT of people are at risk of catching a disease they would otherwise never have encountered.

AT LEAST ALL THOSE EXPOSED WILL GET FREE BLOOD TESTS!

The warning letter tried to make is sound ok, but there’s no getting around the facts.  It said, “To date, there have not been reports of any infections or illness related to the investigation.  However, HealthPlus and the New Jersey Department of Health recommend that you get blood tests for hepatitis B, hepatitis C, and HIV.”  So it’s really concerning that all three of these diseases have no symptoms, at first.  But all of them can have lasting, damaging impacts for whoever becomes infected.  So at least everyone who received this letter can get free blood tests!  Merry Christmas! 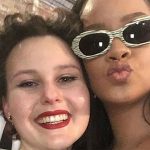