Yoweri Museveni is President of Uganda, and so, it is his signature you will see at the bottom of the last page of the most draconian anti-gay laws I have ever seen. Still, the shame spreads throughout his government. While Arizona fusses over whether a business can deny service to those other than straight (constitutionally and morally they can’t), Uganda is playing a much tougher game.

Although homosexuality was already illegal in Uganda (banned during the good old days when Britain ruled), the new law ups the ante quite a bit — for example, covering lesbians as well as gay men. The BBC summarizes it:

The original bill had a seven-year sentence for first-time offenders, but that was scrapped. In all of this is a tiny shred of good news. The original draft also provided for a death penalty, which was dropped. And if you’re straight, you don’t have to inform on gay friends and family.

When I read this, my first reaction was to laugh — I have learned mockery is always a good way to start attacking stupidity. “Attempting to commit homosexuality?” What does that even mean — you tried to get excited about someone of the same sex and failed? And there are several jokes about marriage and life in prison that I will skip because my wife tends to read my work. As for having sex with a minor or while HIV-positive, I would have thought this law gives extra protection to gay victims, which couldn’t possibly be the intention.

This stopped being funny even in the slightest this morning when the Red Pepper, which is to Uganda what the New York Post is to America or the Sun to Britain, named 200 allegedly gay Ugandans. The front page read in part — and forgive me for the vulgarity, but I think you need to see it to appreciate just how hateful it is — “EXPOSED! Uganda’s 200 Top Homos Named.” Now, these people are at risk not only of jail time but of being murdered. In 2011, Ugandan gay activist David Kato was killed in a hate crime; those named may face the same fate.

Secretary of State John Kerry issued a statement that was a veiled threat to Uganda: “Now that this law has been enacted, we are beginning an internal review of our relationship with the Government of Uganda to ensure that all dimensions of our engagement, including assistance programs, uphold our anti-discrimination policies and principles and reflect our values.” In other words, we may pull the plug on everything we’re doing there.

Yet, some Americans are quite happy about this shameful law in a far-off land. As Rachel Maddow of MSNBC has detailed for quite literally years, American preachers and politicians have worked in Uganda for a long time to get this kind of law passed.

The arguments they used are the same old disproved crap that doesn’t float in America anymore. MP David Bahati claims homosexuality is “behaviour that can be learned and can be unlearned.” He told the BBC, “Homosexuality is just bad behaviour that should not be allowed in our society.”

President Museveni (who’s been in power 28 years by the way) issued a statement that read in part, “I … encourage the U.S. government to help us by working with our scientists to study whether, indeed, there are people who are born homosexual. When that is proved, we can review this legislation.”

OK, Mr. President. I offer you Dara Newman’s “The Genetics of Homosexuality.” And the footnotes.

Of course, I am sure you’d rather talk about this than last October’s report from Human Rights Watch that details the corruption over which you have presided since 1986.

Just for the record, same-sex intercourse gets you life in prison in Uganda, but robbing the country blind for 28 years gets you the presidential palace. 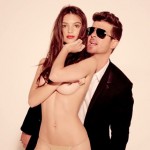