Housing policies are a disaster under Trump

Housing policies are the bedrock of America’s domestic policies. Owning a home is, without a doubt, a vital part of the American Dream, yet for many, simply sleeping beneath safe shelter is a pipe dream. Back in 2015, the Urban Institute informed the public that not a single county in the U.S, has sufficient affordable housing. At that time, their research predicted a bleak situation: the crisis would only worsen, with the available supply of housing for low income families, set to become even scarcer.

Just last week, a headline on the Washington Post read, “If you’re a poor person in America, Trump’s budget is not for you.” Trump’s new budget seeks to cut back or abolish programs that aid low-income Americans and those beneath the poverty line, on a number of issues, including job training, paid home heating bills, weatherizing the home, obtaining legal advice on civil matter, and finally, affordable housing. These incentives have gone a long way towards helping those with economic challenges get by. Help with energy, for instance, is crucial, considering that in states such as North Carolina, a lower income family can spend over 20 per cent of their monthly earnings, on their energy bills. When heating becomes unaffordable, families sometimes scrimp on this necessity to the detriment of their health, as they struggle to meet crucial home-related costs including insurance, which few are likely to give up, especially in areas prone to flooding, tornados and other natural disasters.

With respect to housing, Trump’s budget cuts a total of $6 billion from a number of housing-related schemes, while vowing to continue helping over four million low-income households in America. According to the National Low Income Housing Coalition, the budget is enacted into law, it will constitute the most severe cut to the budget of the Department of Housing and Urban Development in over 30 years. The budget seeks to do away with the Interagency Council on Homelessness (ICH), which coordinates and catalyzes the federal response to homelessness, working closely alongside Cabinet Secretaries and other leaders across its 19 federal member agencies. ICH has worked hard over the years to prevent and end homelessness among veterans, to prevent homelessness for families, youth and children, and to put a stop to chronic homelessness.

The National Low Income Housing Coalition is currently requesting signatures (deadline: March 31), for a letter drafted in response to Trump’s proposed drastic cuts. They note that the new budget will affect critical safety net measures: “Affordable housing, community development, and transportation programs that help raise families out of poverty—programs that are already facing significant reductions in the upcoming budget year because of the very low spending caps required by law – are at risk of even deeper cuts.” The letter notes that currently, one in four Americans who rent a home, are spending over half their income on rent and homelessness rates are rising.  Removing programs that help families out of poverty – including help with transportation, community development and other programs – could make affordable housing a thing of the past if the proposed budget goes ahead as planned.

In addition to affecting renowned programs such as Habitat for Humanity and YouthBuild, the budget also attacks funding for neighbourhood development and a program which helps persons with low incomes build their own homes. The Home Investment Partnership Program (HIPP) is also under threat. The latter provides formula grants to States and localities which communities rely upon – often working alongside charity groups – to fund a plethora of activities including which includes building, buying, and/or rehabilitating affordable housing for rent or homeownership or providing direct help for rent to individuals and families in need. Eligible beneficiaries for rental housing and assistance are those who earn no more than 60 per cent the HUD-adjusted median family income for a particular area (around 90 per cent of families who avail of this assistance fulfil this requirement). In rental projects with five or more than five assisted units, at least 20 per cent of these homes must be occupied by families earning no more than 50 per cent of the adjusted median. Households receiving HUD assistance, meanwhile, must not earn more than 80 per cent of the area median.

HUD officials, though currently not authorized to share their views with the media, have expressed their concern about these “arbitrary and unnecessary cuts.” Abolishing or slashing vital programs will be felt in both urban and rural areas across America, and it is hoped that cuts to some of the most necessary programs, will be rejected in Congress. 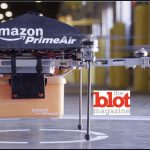 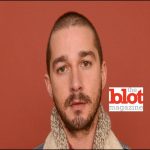