TRUMP IS REALLY POISED TO SHUT DOWN THE GOOGLE, ASAP

Trump recently Googled himself and didn’t like what he saw. So he told some minion to go make Google a safer place for him. It seems like he is poised to shut down Google ASAP.  And now I don’t sleep at night.  One very common refrain with authoritarian leaders is that they don’t like the free press. They think it is unfairly poised against them and that they are losing because of it. In order not to lose, they dismantle the free press taking away any chance the people have of knowing, and owning, the truth. This week our very own authoritarian leader didn’t like what he saw upon Googling “Trump News” but he believes this is Google’s problem. Here are all the reasons why it is actually very much our problem:

1. If the president can change the news whenever he wants, we will never know what is true and what is false again.

2. If the president is in control of every piece of information the people consumes, then he controls public opinion and can make the people hate and love whomever he wishes.

3. If the president can control the news then we no longer have a way of delivering the truth to people.

4. If the people lose the free press they will gain an unfree propaganda machine and they will have no way of stopping it.

Omerosa Goes Off on Donald Trump on Reality TV

5. If the president has his way we will only have access to drivel and fluff pieces. Then we will all slowly lose our minds.

6. If the president can control Google then there is literally no hope for any of us.  So it’s really time to think of somewhere else we can all go where we are allowed to believe the truth and write about it.

7. If the president gets to control what we read, it’s all over. 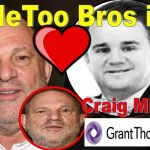 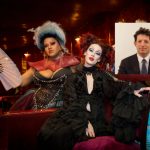