Written and directed by Paul Haggis (“Million Dollar Baby,” “Crash”), “Third Person” tells three love stories about passion, trust and betrayal. “In any relationship,” Haggis said, “there is always a third person present in some form.”

Israeli actress Moran Atias, who starred in the TV series “Crash” and Haggis’s 2010 crime drama, “The Next Three Days,” pitched the idea of a multi-plotline film about love and relationships to Haggis.

A romantic drama was a big departure for Haggis, who has written about subjects as darkly charged as combat (“Letters From Iwo Jima,” “Flags of our Fathers”), wartime trauma (“In the Valley of Elah”), untimely death (“Million Dollar Baby”) and even 007 (“Casino Royale”). The emotional and psychological battlegrounds of love turned out to be the greatest challenge yet for the prolific writer-director, and the powerhouse all-star cast gives jaw-dropping performances.

TheBlot Magazine caught up with Haggis, Atias and Chabanol on Tuesday.

Dorri Olds: How long have you been making movies?

How much of “Third Person” was autobiographical?

No. [Laughs] What I do is I start out by asking questions in terms of relationships I’ve had that failed, things that have worked — mostly I failed. When I put people into stories, they will not recognize themselves. I explore different aspects about how I failed or how I could’ve possibly succeeded if I’d done something better. It is easy to look at the Liam Neeson character and say he’s me.

He does explore a lot of things I do, especially about how damn selfish we are to be writers and how other people often pay the price for that selfishness. Thank God I’ve never gone through a tragedy like he and the other characters go through, but I imagine myself there.

It’s children that often pay the price for our selfishness. When I was 22, I moved to Hollywood. I was married and had a kid right away. I worked as a furniture mover and various other jobs for 10 hours a day. Then I’d come home to my family and write for two hours at night. I think anyone who is considering pursuing a career seriously has to ask themselves questions. It is a very real guilt that I carry. The movie, though, is written in fictional form.

What inspired your idea for “Third Person?”

Moran Atias: The movie “Crash,” was an extremely impactful experience for me. I saw it on a plane to America. It profoundly affected me. Then the series came along, and I was cast in it. I love how life is so surprising and a little coincidence connects people.

How did you pitch the movie to Paul?

The elevator pitch was “Crash” for relationships, but then the pitch turned into a two-hour conversation where I told Paul I desperately wanted to develop a movie that questioned and explored dynamics between men and women, the fragile intimate relationship that we are so afraid to expose ourselves to. It’s not just the person that’s with us in the relationship — it’s our demons, our past, our fear. It’s not just you and me in a naïve way innocently getting to know each other. That would be so simple, wouldn’t it?

I’m currently shooting a very interesting American show in Israel. It’s called “Tyrant.” It’s a new FX show about a fictional family that governs in our country. It deals with some interesting questions like whether democracy can actually exist in the Middle East. It’s also about relationships.

When can people see the “Tyrant”?

It premieres this Tuesday, June 24!

Did James Franco give you any tips while you worked closely?

Loan Chabanol: I learned a lot from him. He was great. Because James is also a director, he’s really good at directing you even when you’re acting with him. I think because he is a director who is also an actor, he has compassion and knows how you feel so he doesn’t say, “Do this.” He says, “Would you like to look at this?” It’s really nice. He’s done so many things, and for such a long time. I think he’s really inspiring because he does so much in the arts — teaching, painting. I’m a painter myself. I’ve been doing that since I was five.

How would you describe your character?

When I read the script, she represented love at the purest level you can imagine. She is true love with no condition. On the first take I made her more judgmental but Paul said, “No. Cut, cut, cut. Hold on. She’s not judging.” In that moment I really understood her strength. I thought wow, she is strength, love and hope. She’s almost a symbolic figure like a little Buddha.

I will be doing an action film, the next “Transporter,” number four. I can’t talk about the script. I signed a paper. It is being produced by Luc Besson, and I’m really excited. I’m going back to L.A. where we’ll start shooting in a week, and I’ll be in France all summer until September. 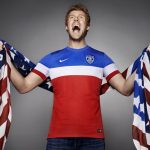 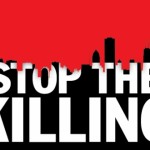